Here are all the games I’ve played this year. It’s mostly PC games from Steam, with a couple of Switch games.

lmao. what a concept. I failed to make any progress in a game with the computer because I don’t know how to get to checkmate, things just kept progressing with like six different timelines. it’s on steam and I recommend it because it’s so bizarre and entertaining.

Then I went on normal chess dot com to play against computer level 1, lost after making a series of blunders, played more level 1 games and constantly used the undo function whenever it yelled BLUNDER! MISTAKE! at me, and won from doing that. Hahahahaha.

I actually played this a couple of months ago in June, but didn’t write about it. It’s short, sweet, and cute. You’re a bird that flies and climbs around the the park up to the peak so you can get reception to take an important call. The writing is charming and full of heart. I talked to all the characters I met, and usually I’m the type of person that tries to zoom to completion. 5/5, a wholesome experience I recommend. Also, beautiful pixel art and soothing music. It was part of the itch.io bundle for racial justice and equality. 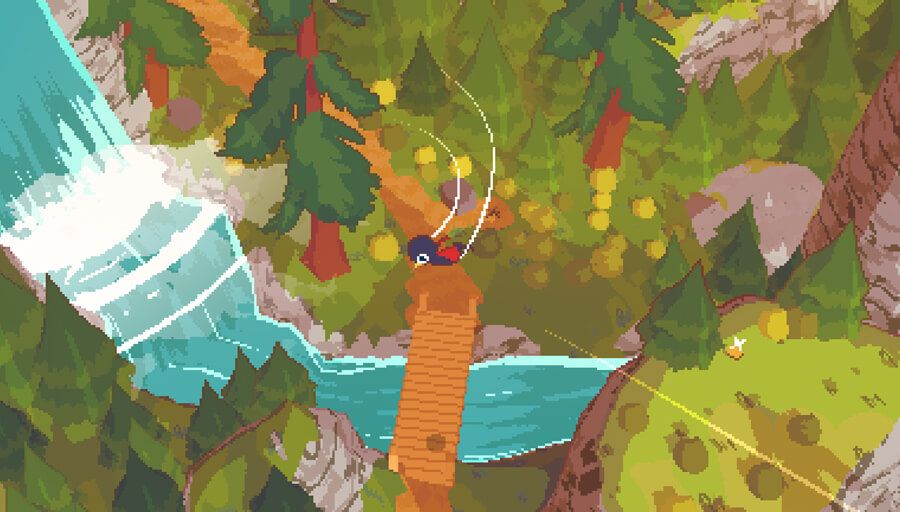 I finally got a Switch and joined the ACNH party. I’m still in its early stages but I’m enjoying the wholesome atmosphere and taking care of my little island and inhabitants. It’s very cute, the interactions are charming, and I like discovering new features. One of my favourite moments was exploring the newly built museum and finding that it was even bigger and fancier than I imagined on the inside. 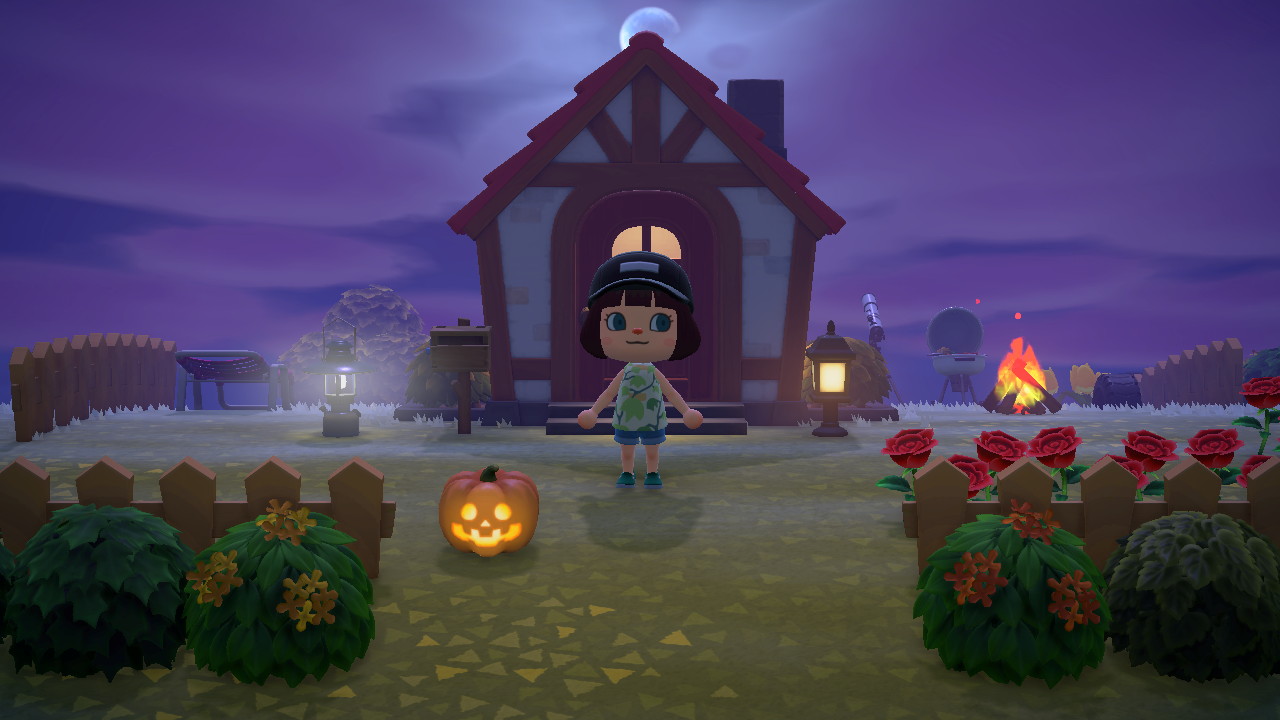 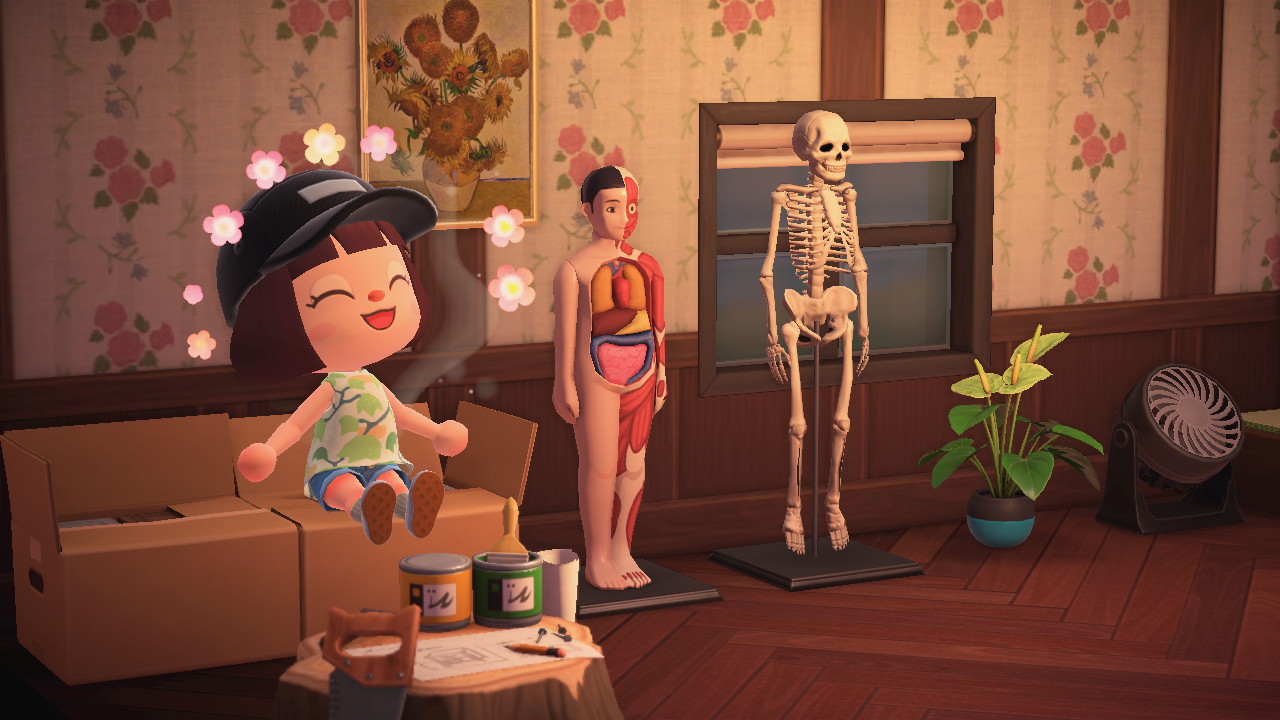 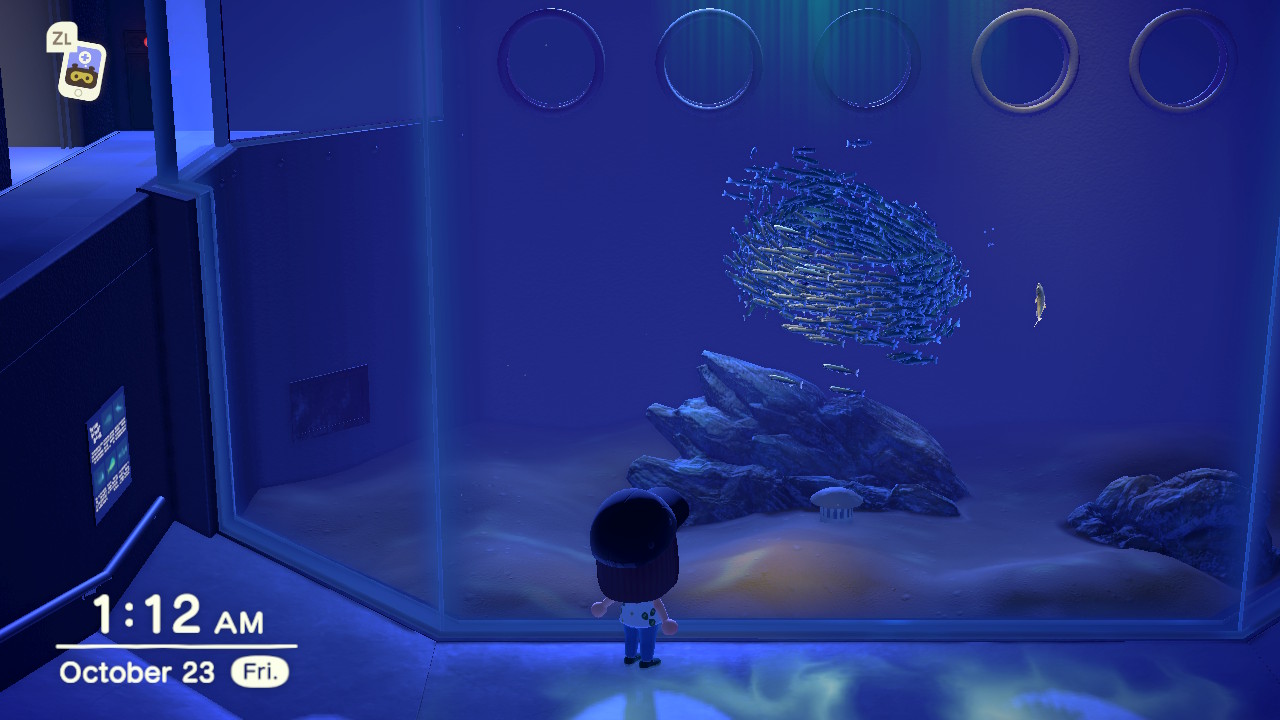 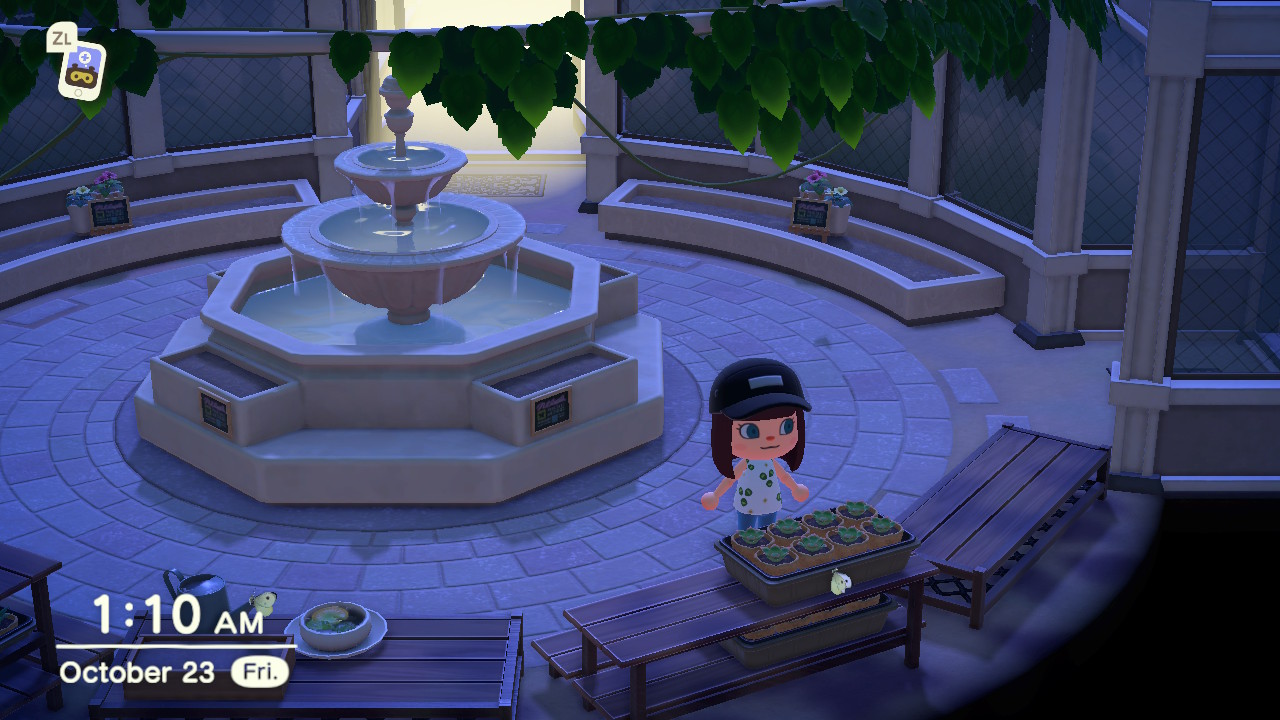 Brought to you buy the studio that made Monument Valley, so you know. It’s a simple game where you fix broken objects by dragging components together and using tools. The art is beautiful and the sound design is excellent. It’s mixed in with a narrated story. It takes a couple of hours to play through and feels satisfying.

This blog post about the technical details of making the art is also interesting.

Biped is a co-op game that’s really excellent for ruining relationships. You and your partner play as bipedal robots, and the mechanics of moving an individual leg to walk is awkward by design. Moving erratically and accidentally yeeting each other off surfaces is to be expected. I played this with my partner and it was a very fun and chaotic time. 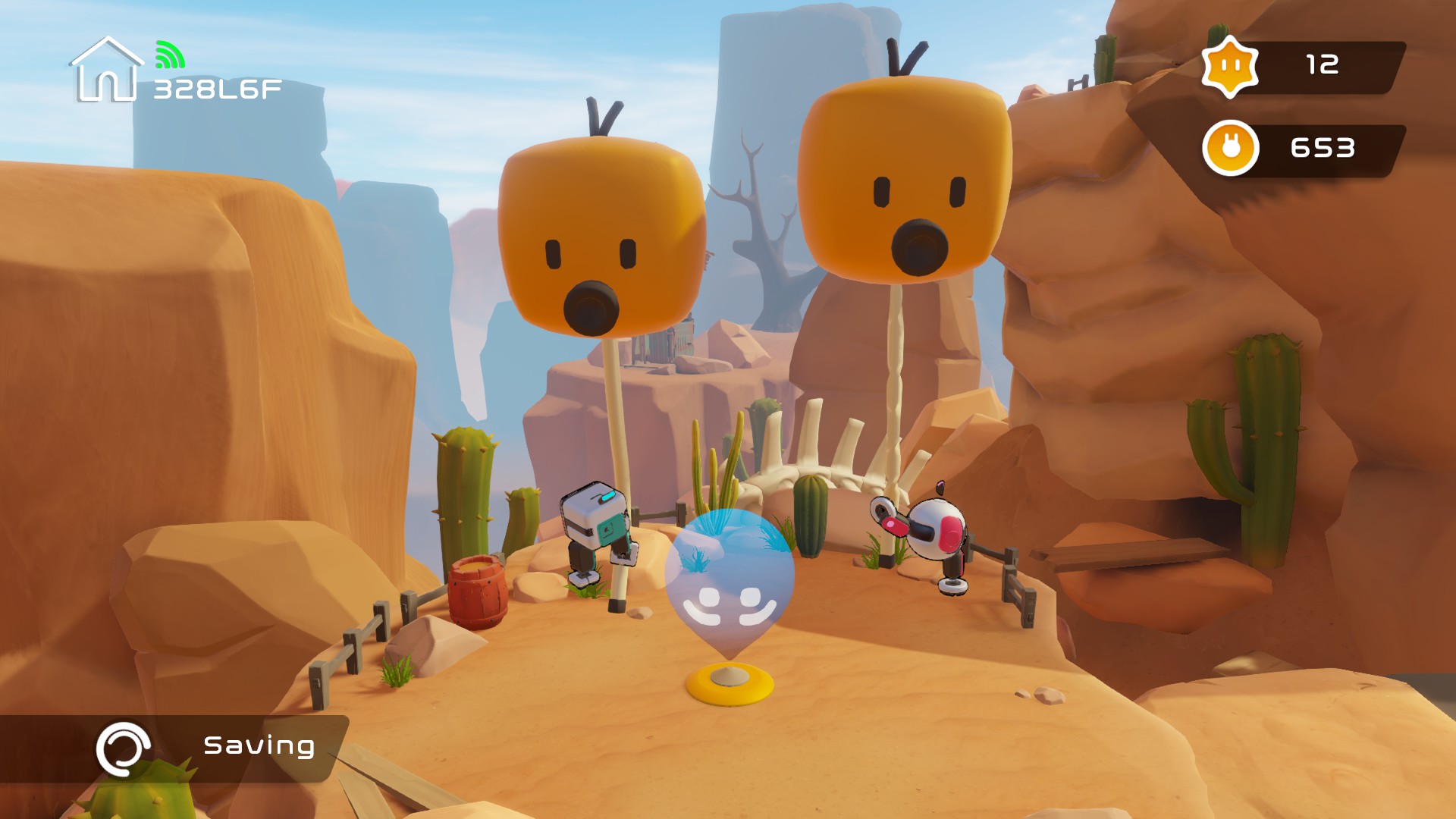 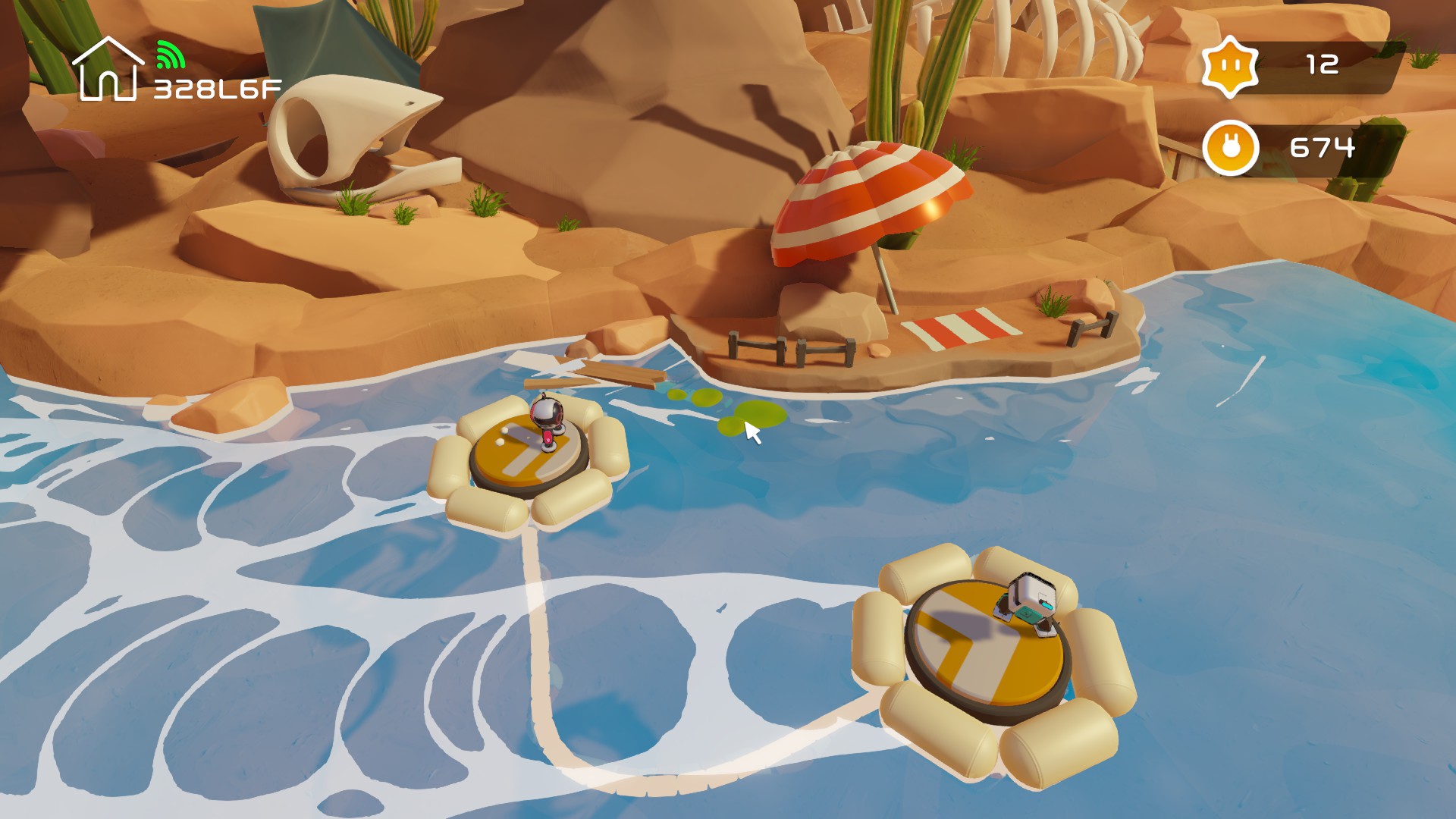 I started playing a lot of Destiny 2 in the last week of the year. I’ll save my review for my 2021 post. The short version: it’s very pretty, I like collecting things, planets and exploration is fun, UI is unintuitive, picking it up was frustrating, floating and driving around are fun.

A couple of friends recommended Dishonored when I said I wanted to play a story-driven RPG that was less scary than Bioshock. Dishonored is indeed less scary, but still incredibly stressful—I would spend hours staring intently at my screen, trying to sneak through maps without enemies noticing me.

In Dishonored, you’re an assassin framed for murdering the empress, trying to overthrow the government amid a rat plague and clear your name. It’s a stealth/action game, with lots of flexibility as to how to progress through missions (e.g. you can choose to kill people in your way, or you can sneak around them so they never notice you). There are some supernatural abilities that make it fun. I think this is the first dark-gritty-violent story RPG I’ve played.

Other things I’m lumping in this category are probably like Mass Effect and Assassin’s Creed and The Last of Us and whatever. Like that kind of serious, violent game. idk this is not a scientific assessment

All in all: do I recommend it? Yes. I started playing it and was obsessed for like a week while I zoomed through all the missions. I feel like I never want to play it again because of how stressful and hard it was but also I want to hyperfixate on something like it again. I’m going to eventually play the DLCs and Dishonored 2.

Here are some screenshots: 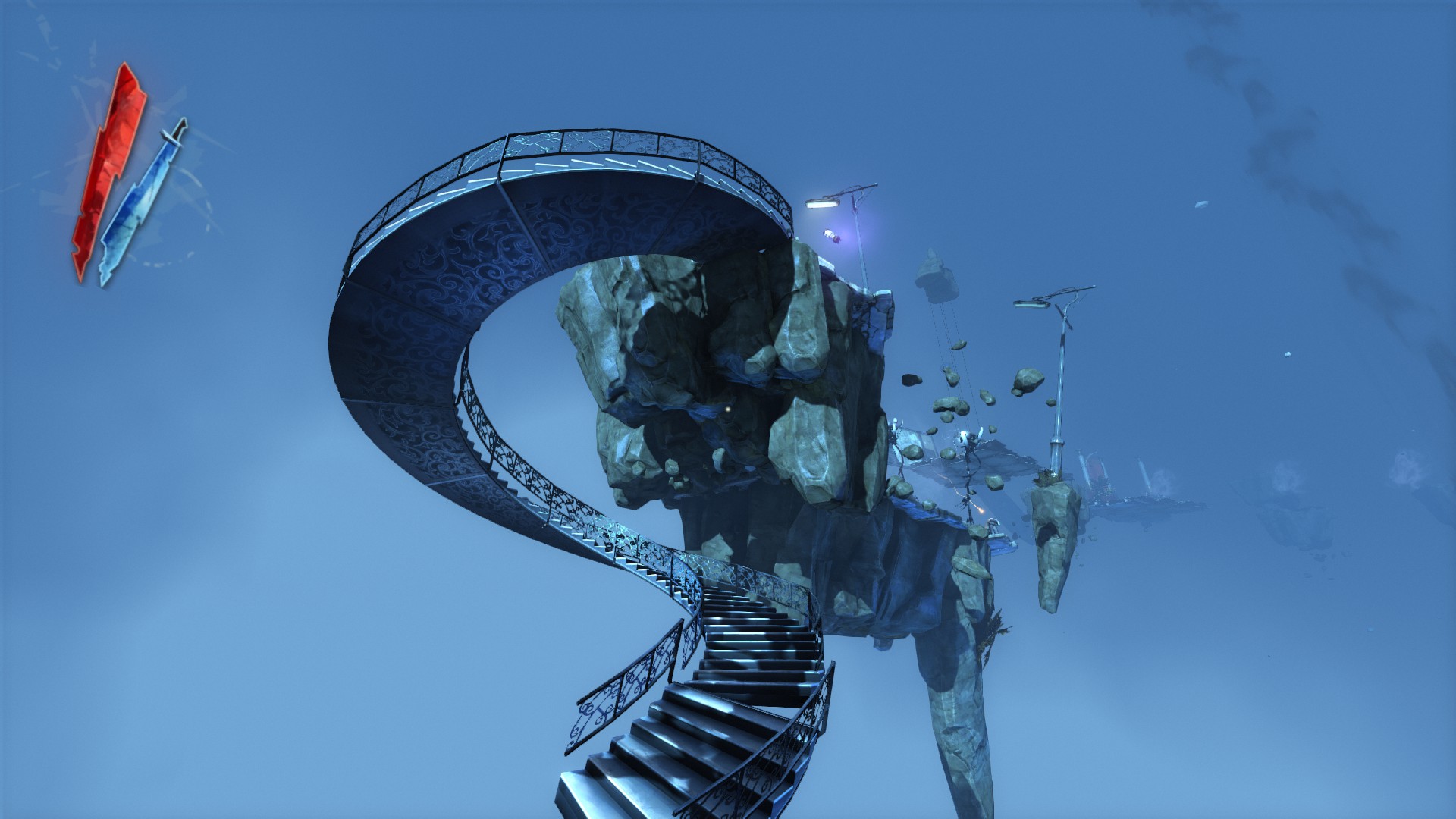 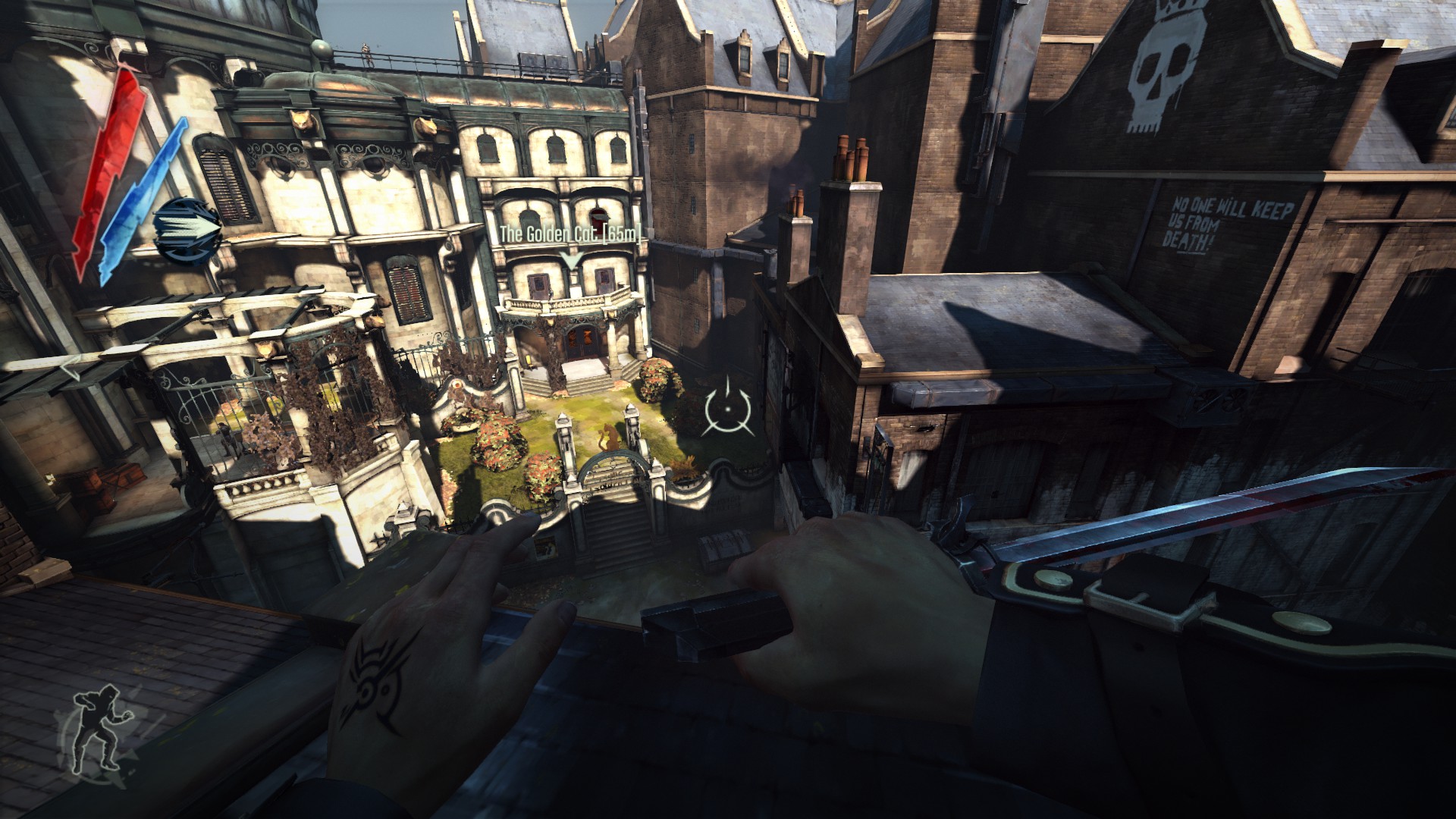 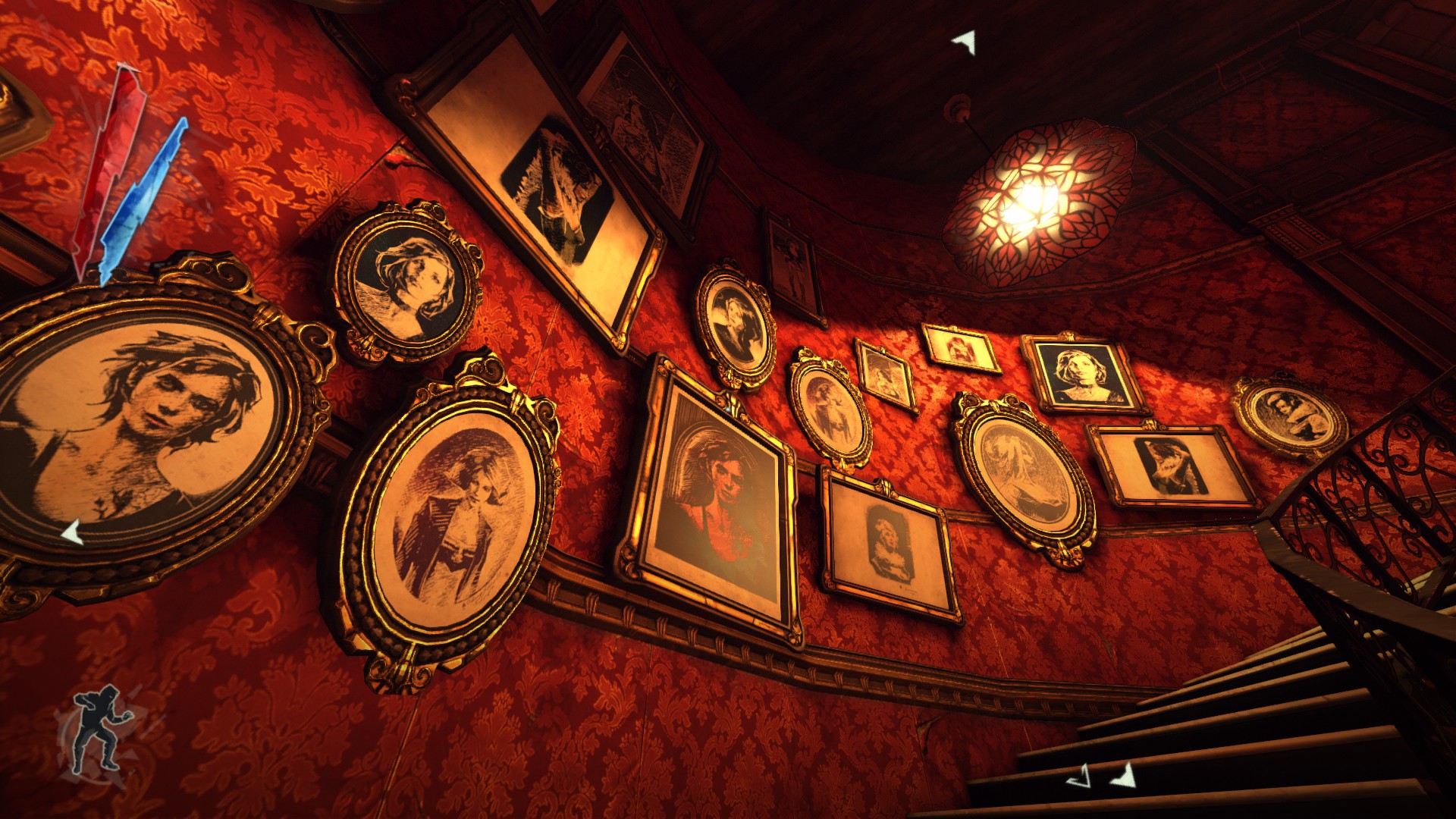 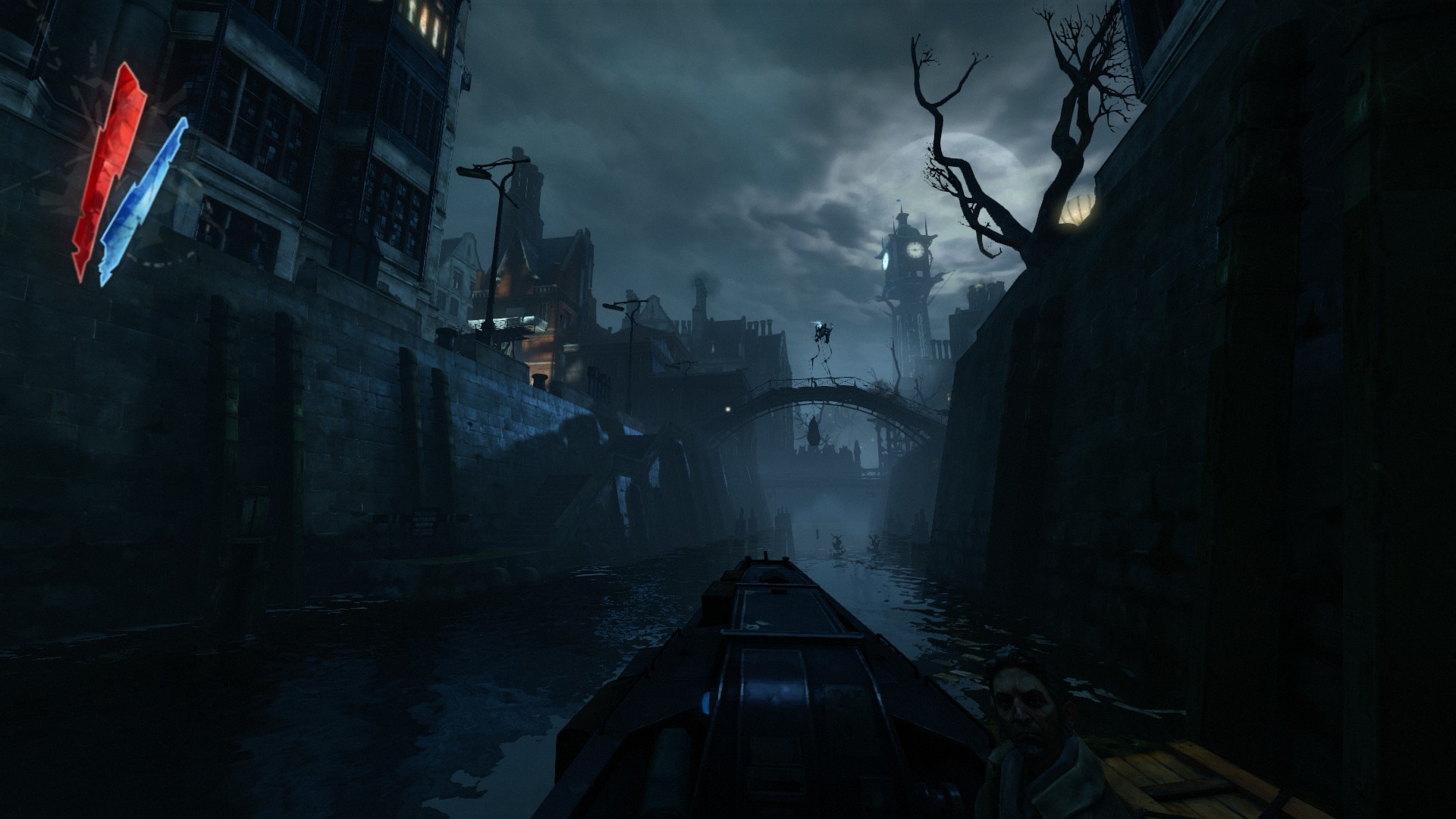 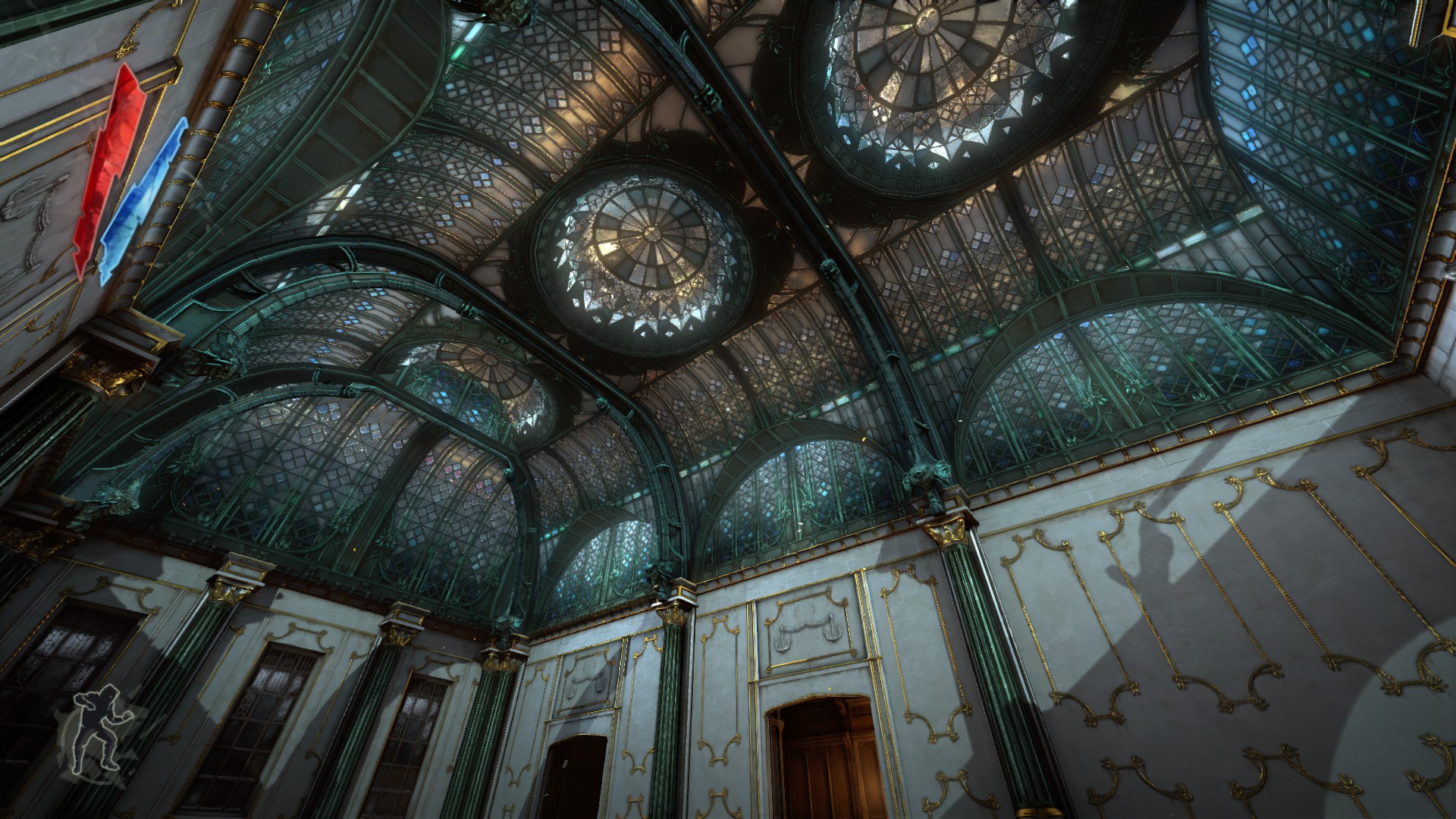 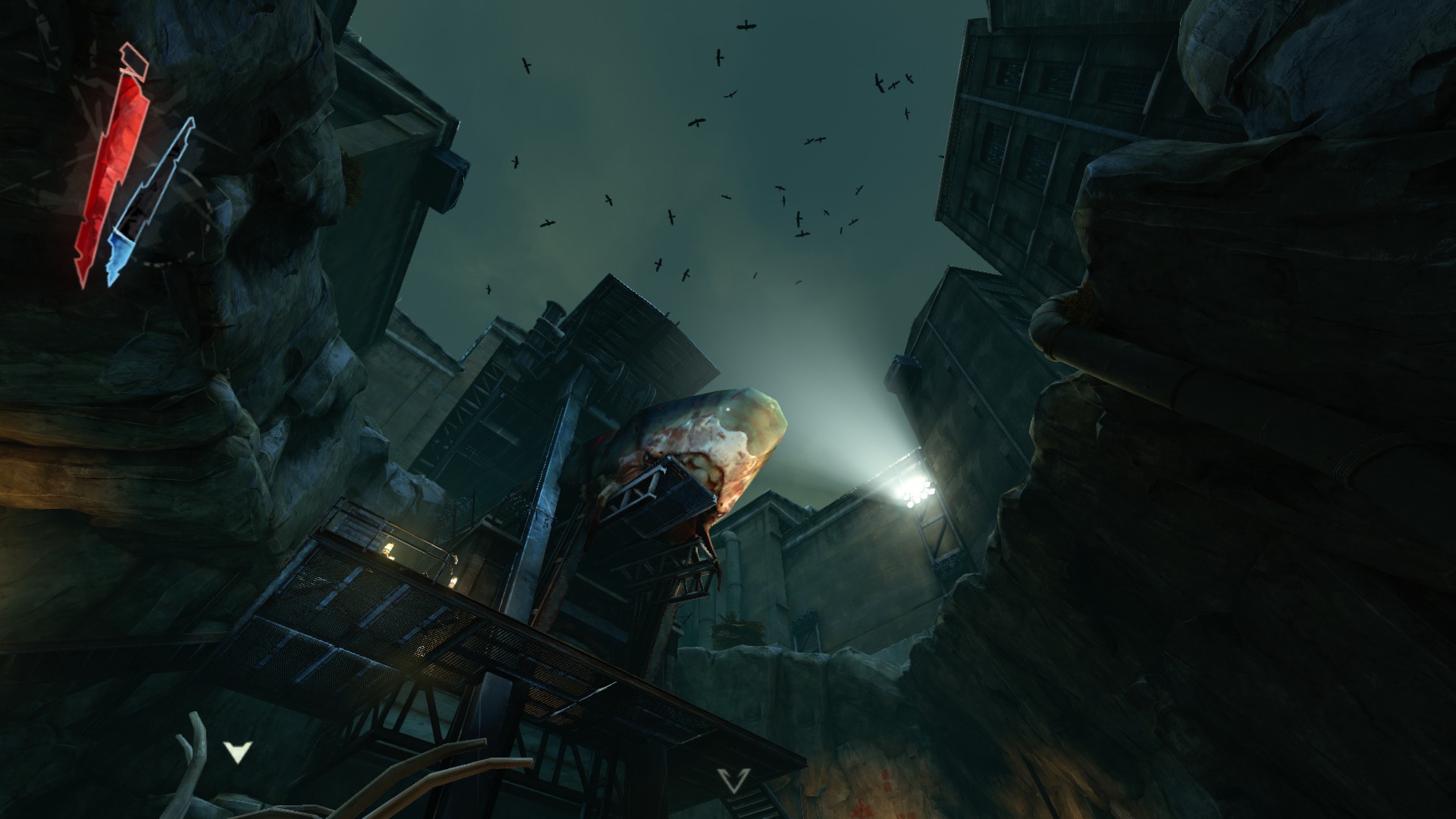 alright, mid-2000s throwback: like every other girl on the internet in their early years, I was into dressup games (a classic genre!!!). I revisited the genre and found that dressup sites are still alive and well. Then I found this thread by Angie Jones, who wrote about how she revamped a dressup game she’s built since 2008.

how cool is that? despite how formative the internet was on my childhood, I never got into coding or designing until much later—art was the one and only influence for a long time, and I never seriously pursued that as a long-term career thing.

these days, I’m looking back at these things with nostalgia. The small, creative internet. Aaaahhhh, how to escape the addiction to the bird app and other sins. 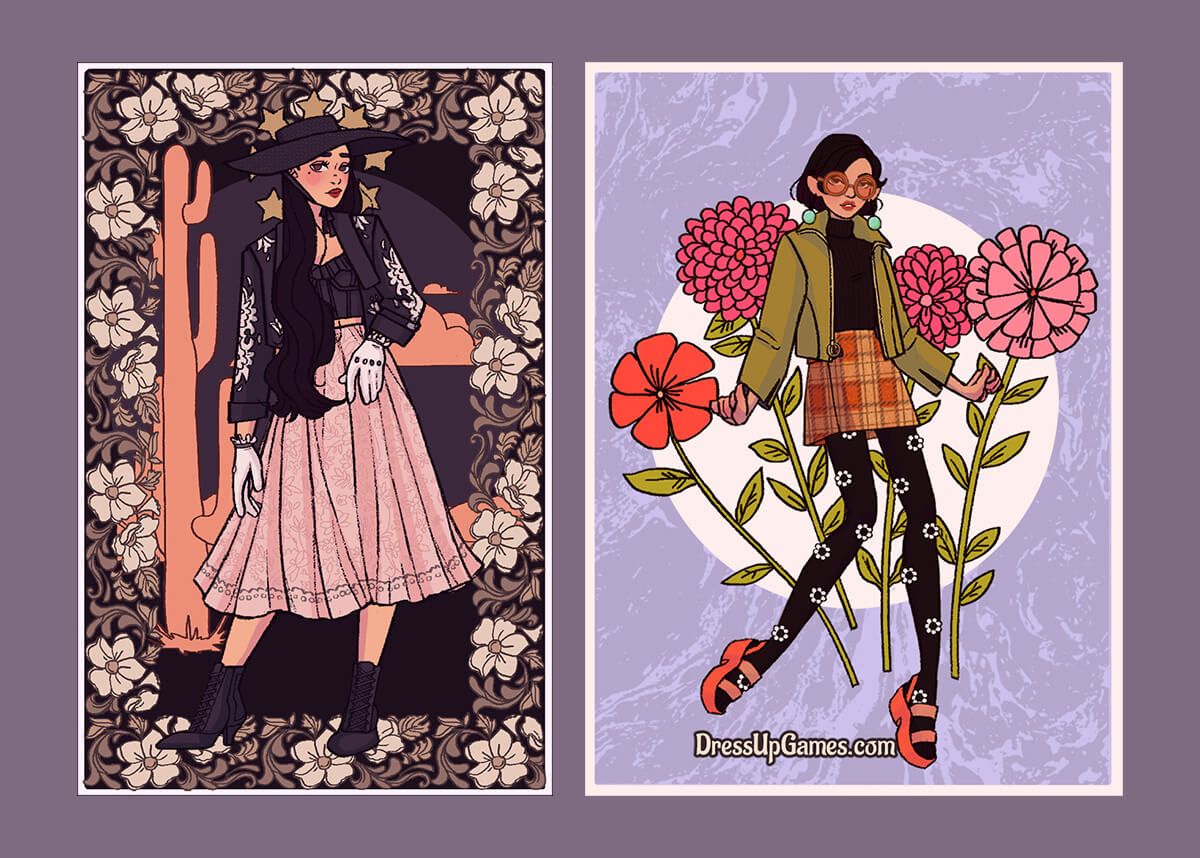 I recently bought this on Steam. It’s gorgeous! You walk around, look at scenery, talk to townsfolk (who are all anthropomorphic animals), and paint the landscape. There’s a scene where you just stop to watch a solar eclipse. I got pretty dizzy playing because I’m not used to 3d first-person graphics, so I put this down for a while. 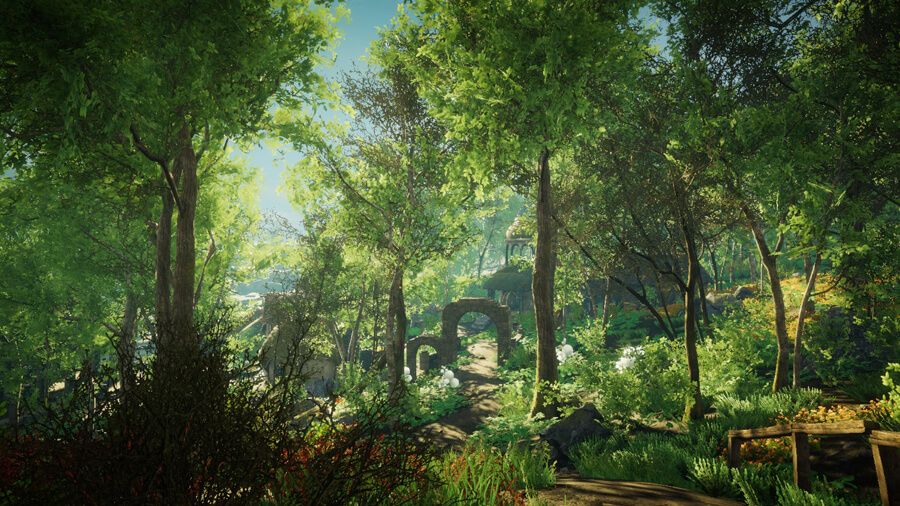 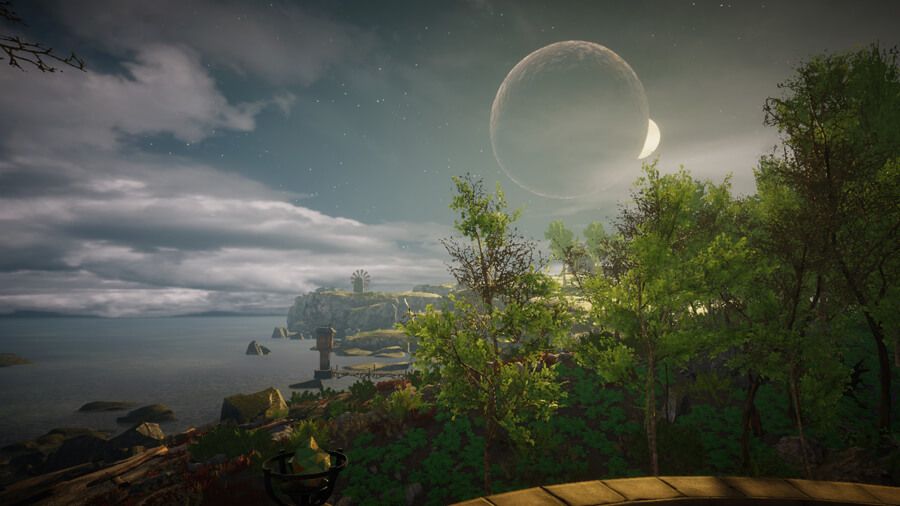 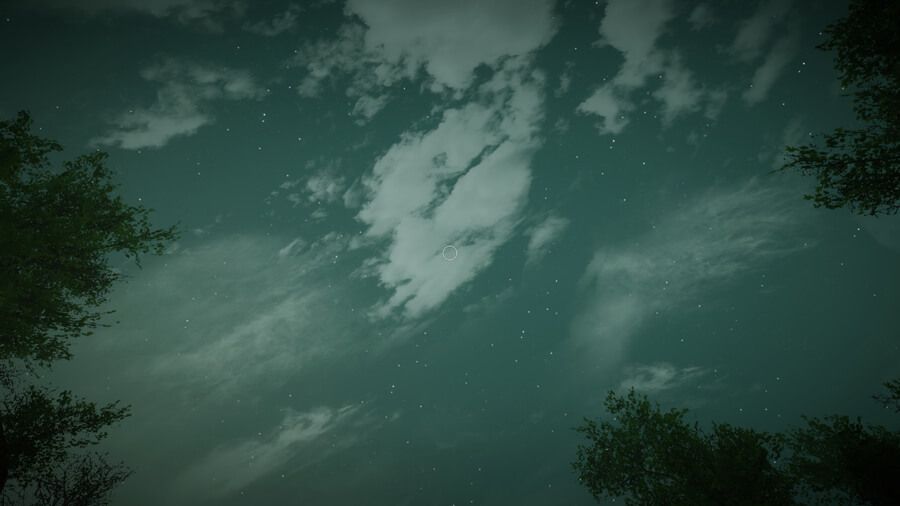 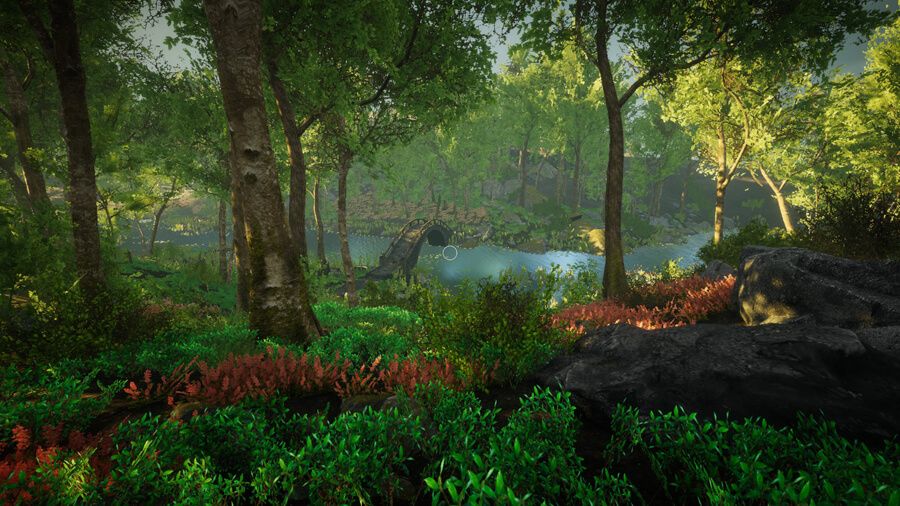 I rarely make it past round 2 in Fall Guys and have only gotten to the last round twice (did not win).

Hades is a roguelike game where you’re Zagreus, Hades’ son, battling your way out of the underworld. I’ve never played a roguelike before and this released out of early access a lot of fanfare that I checked it out. The art is incredible, the characters are intriguing and charming, and there’s a lot of heart in the writing. I’m terrible at it though, so I play with God Mode enabled, which gives me a ridiculous amount of damage resistance from enemies. You can pet the dog.

The story progresses as you continue to die and try to escape over and over again—the repetition is a core part of the whole story. And after escaping once, the story’s just beginning. It feels so satisfying to play since failure is still meaningful progress. I love the character design so much I’m drawing fanart of it. 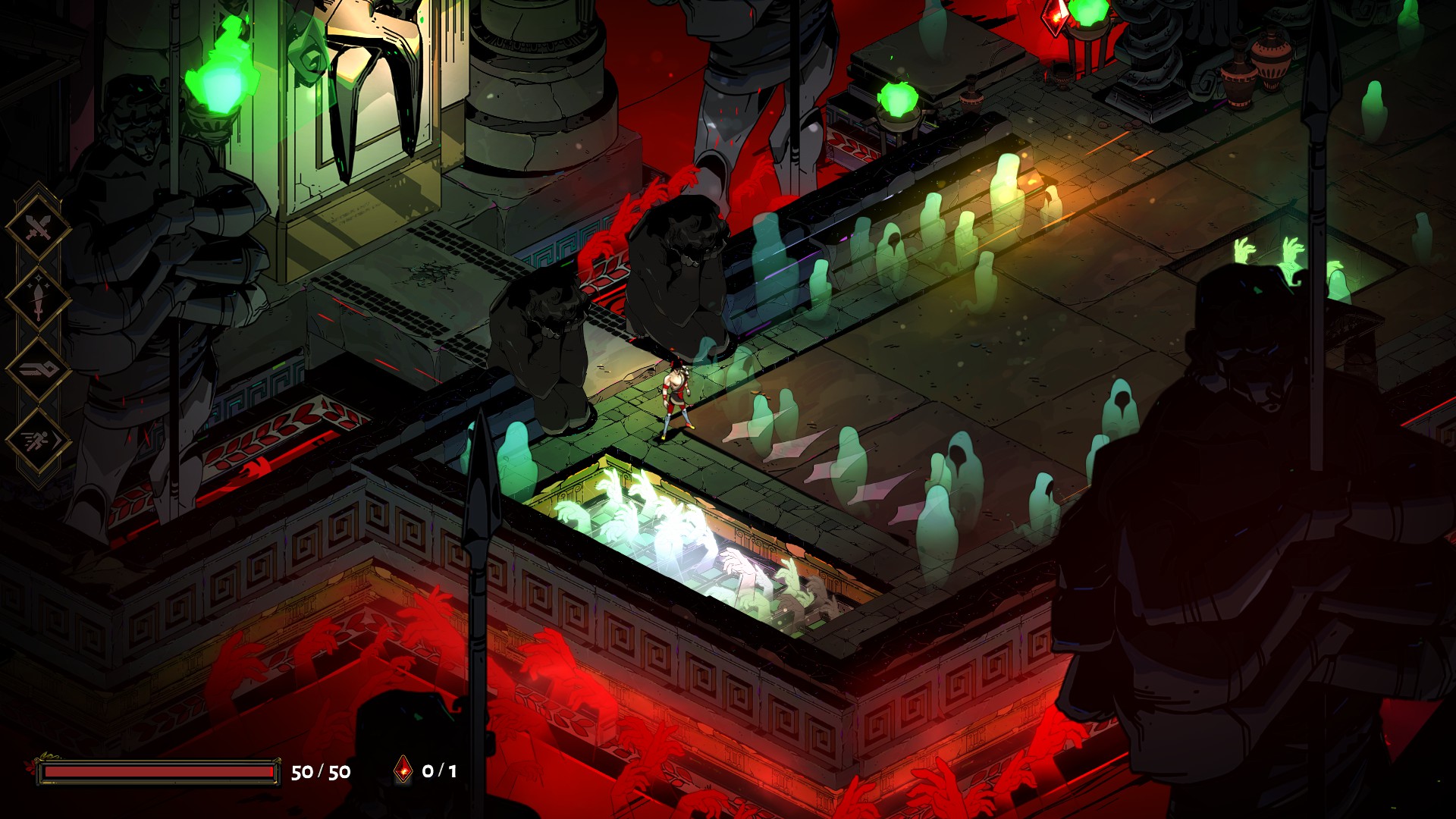 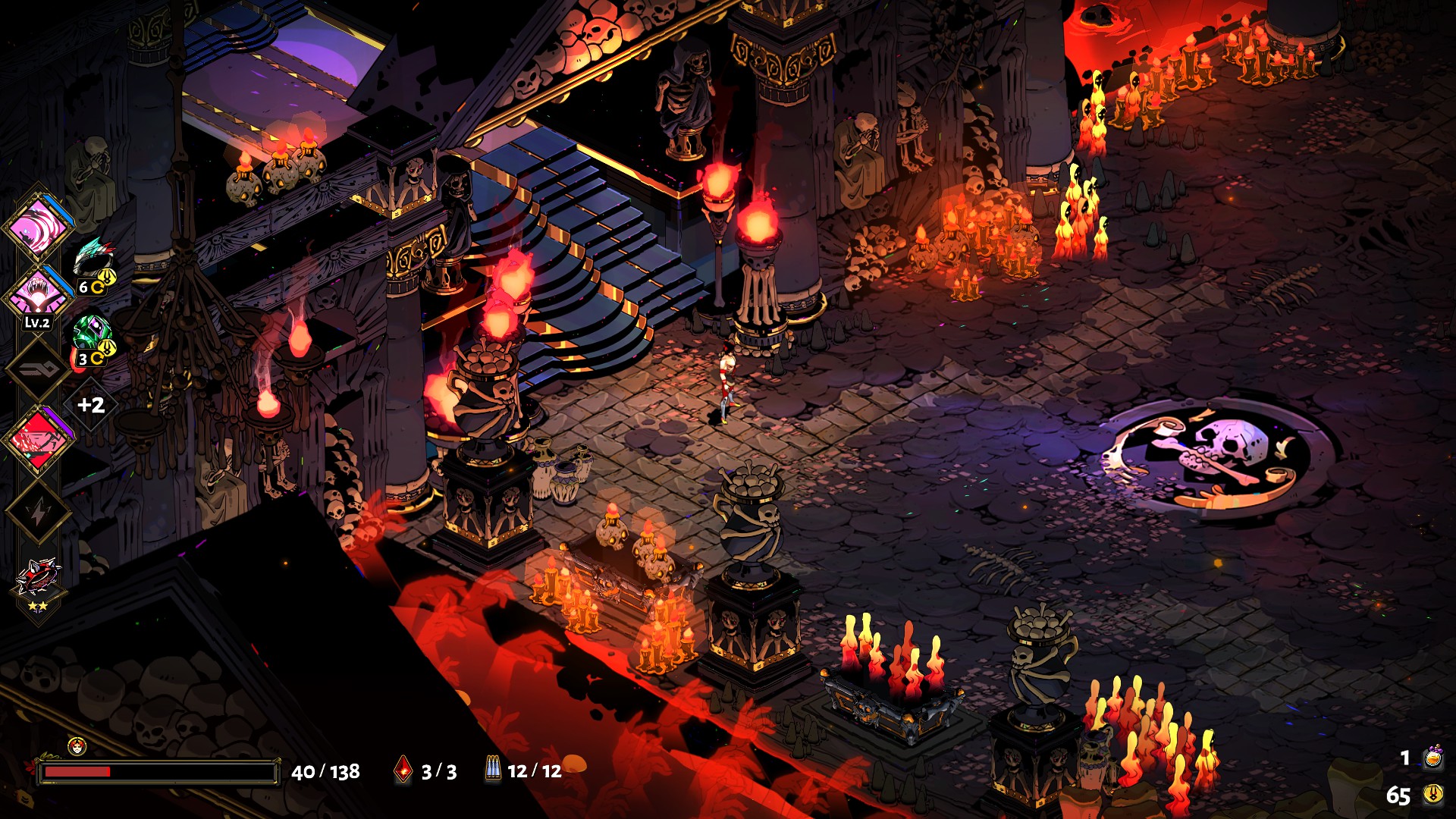 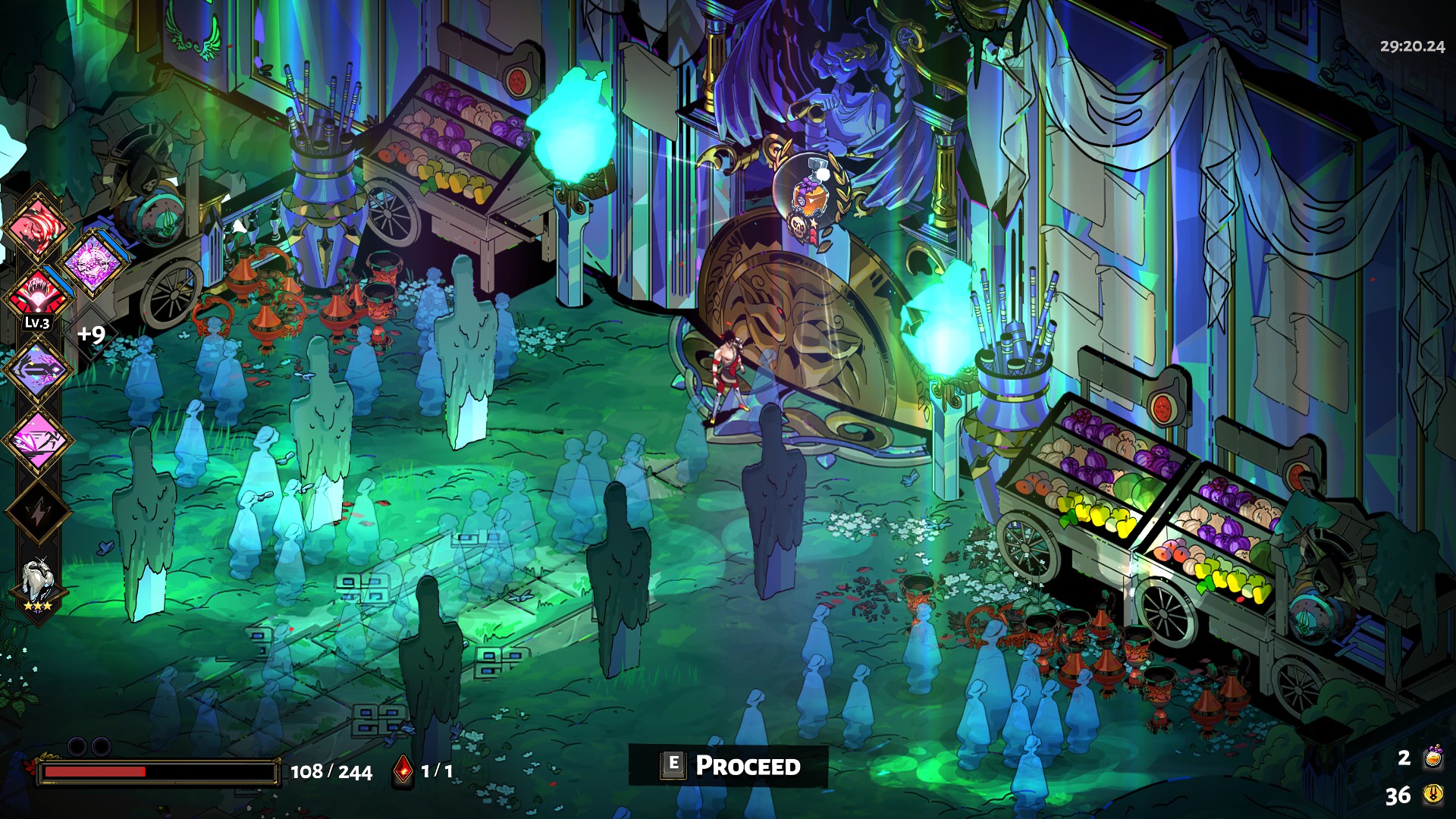 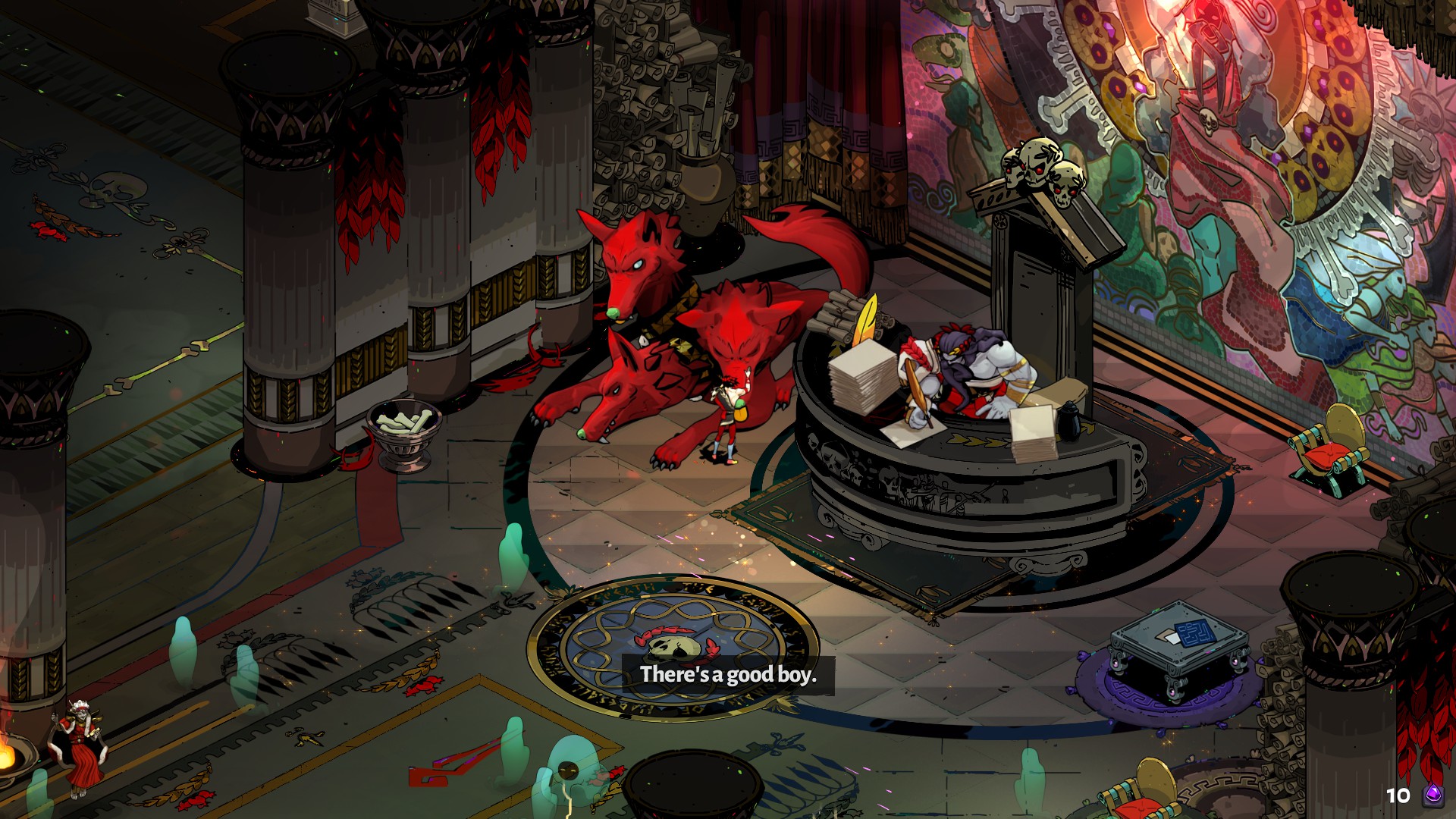 what can I say? I played the first Kingdom Rush game way back on kongregate dot com in like 2014, and I haven’t played any tower defense games outside of this series. It’s a solid game and great for sucking up all my focus for several hours. I revisit the series every couple of years.

god, I’m still awful at this. I play co-op with my partner and he kills like twice the number of zombies I do. But we’ve (I’ve) progressed to playing on Advanced difficulty!!! And I’m not a scaredy cat anymore.

I started this without looking into it past the high app store ratings, and it blew me away with how pretty it was. It’s a platformer so the game mechanics are simple (though kind of finicky on a touch screen). I made it through the first chapter, which takes place in a foresty environment, and it was atmospheric and dreamy. The sound design is great. And there are dinosaurs!!! I got to live out my Jurassic Park dreams of running around a t-rex’s gaze. (they’re not dreams, it was very tense, i’m a weenie when it comes to stealth)

bonus content: I tweeted about this and the game studio sent me a link to this sovietwave mixtape, which is a whole new genre to me. It’s pretty cool.

Surprisingly, I haven’t written about Love Live: School Idol Festival (LLSIF) on here yet, considering how consuming its gacha lootbox mechanism is. Gambling is bad, don’t get into gacha games. With that said, I play LLSIF to accumulate rare cards of my best girl, get a momentary high when I do get a card I like, and then immediately forget about it. Sometimes I play a song or two when I remember.

To reiterate: gacha games are bad. Don’t do it.

A dreamy pop album video game. It’s got simple ‘endless runner’ mechanics (i.e. your character goes forward at a breakneck pace and all you do is control the left/right swerving) but the execution is perfect and the entire aesthetic is so strong and extremely my kind of thing. It takes an hour or two to play through, is very forgiving with mistakes (you can skip any section you keep dying in), and is never boring. I loved it and am obsessed with the soundtrack.

Note: there are lots of flashing lights and stuff, so don’t play this if that’s an issue.

in their own words:

I also started a new Stardew Valley farm (my second one!) which sucked up all my attention again. It was surprisingly replayable, as I was focused on optimizing all my time and making as much money as soon as possible. I’m in year 2 winter now and am rich enough that I can chill out.

I also looked back at my first farm to compare my progress and I’m surprised by how much further I’ve progressed in my second farm, now that I know exactly what I’m doing.

I’ve been waiting for this!! This is more of a toy than a game. Build houses. Build towns. Listen to structures pop into place. It’s incredibly cool and satisfying. I used it to create a reference scene for drawing. How frickin convenient is that. 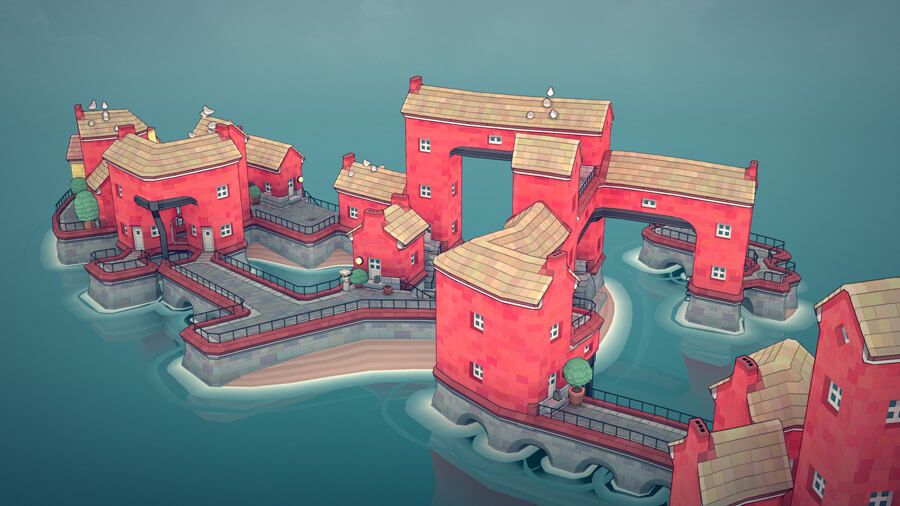 I resubscribed to Apple Arcade again so I could continue playing Where Cards Fall, which I first started back in June. It’s a simple puzzle game where you transform cards into structures to get from point A to point B. I love how tactile the game feels—the animation flows smoothly and the sound of cards moving over the ground and expanding and collapsing is satisfying to listen to.

There’s also a narrative interwoven throughout, but I’m finding it too abstract for me to understand. 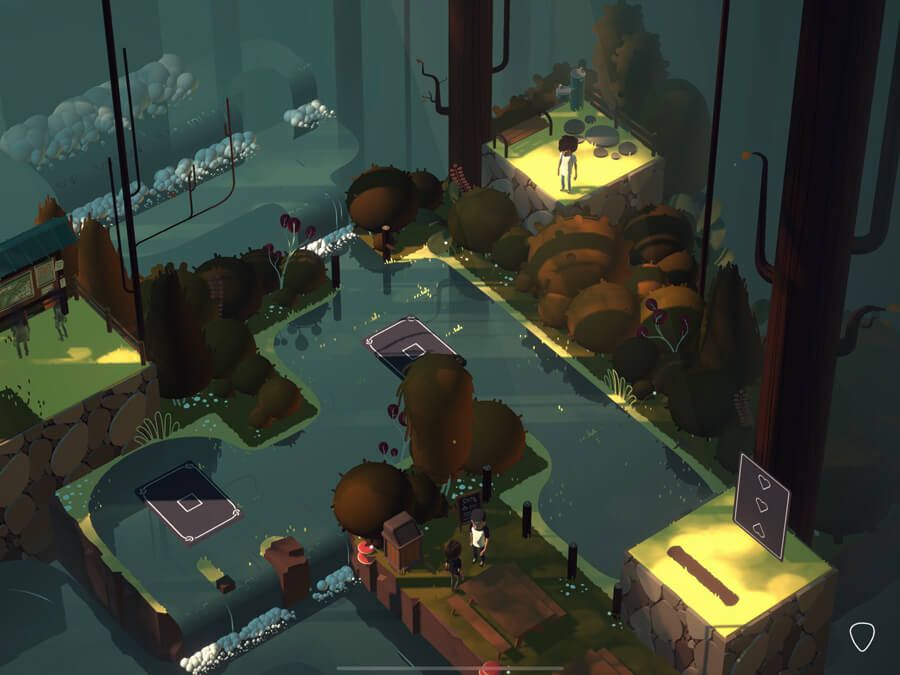 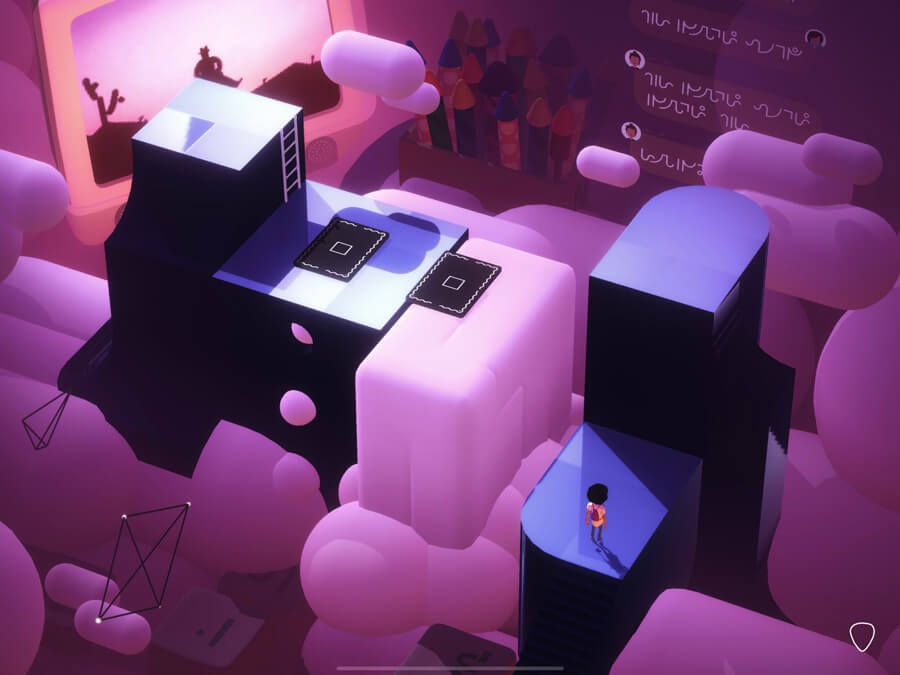