Here's a walkthrough of how I made this animated teaser video, from back in January. It was done in collaboration with kema:

This isn't a tutorial, but more just my process through each step.

This was made to promote the keycap set GMK Future Funk, which is inspired by the music genre. The artwork colour palette was based on the keyset's palette, and kema had music picked out to accompany it.

As r/futurefunk describes it, future funk is "music with sweet and funky vibes with a touch of 80's nostalgia!" 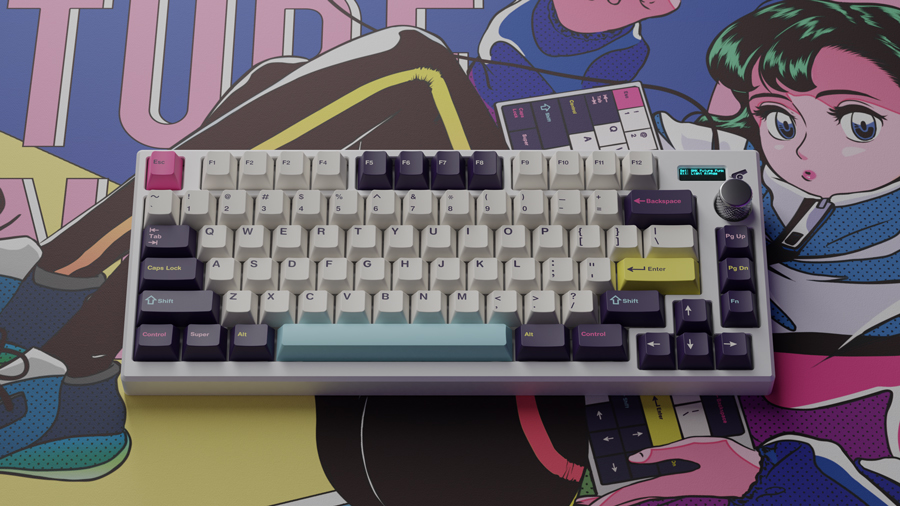 This began as various sketches to see what composition worked. We had the idea of an exterior scene outside of a club and an interior scene of someone across the street, looking out from their room. I tried different compositions in a sketchbook: 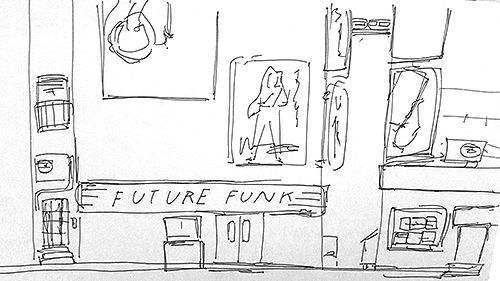 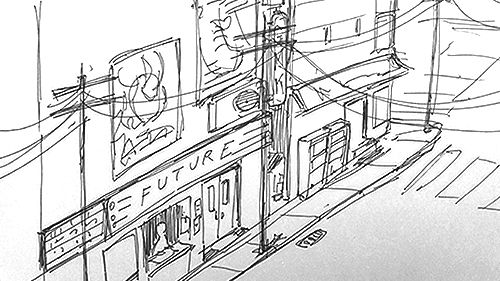 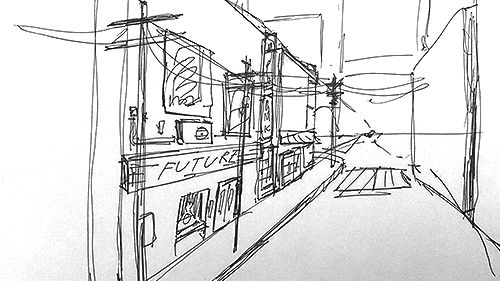 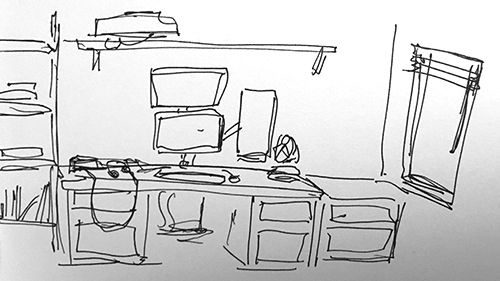 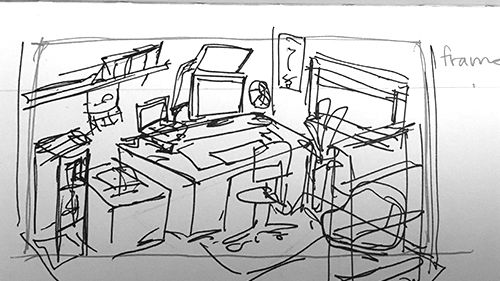 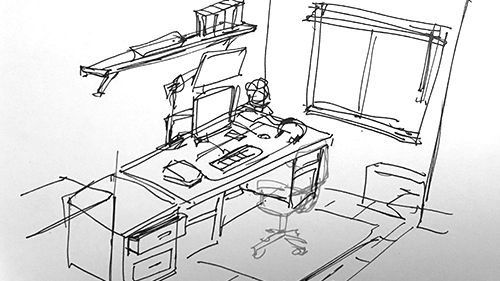 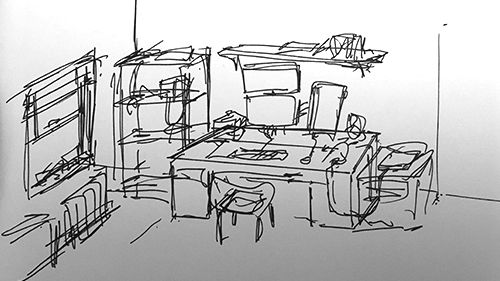 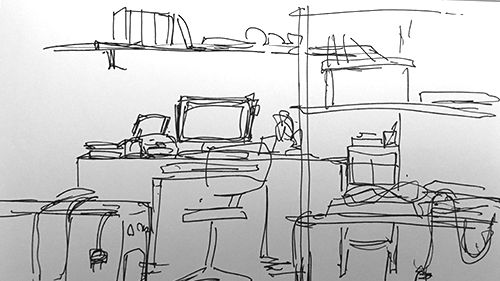 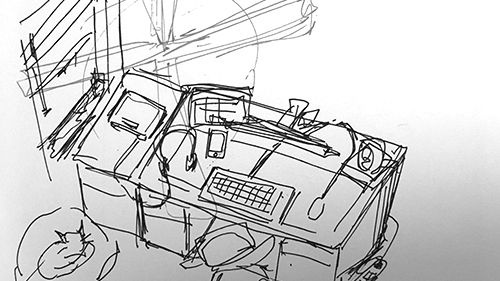 We settled on that first front-view exterior and the last top-down interior view.

I drew these in Clip Studio Paint, which has an incredible perspective drawing tool that was invaluable to the whole process of drawing backgrounds—my lines would automatically snap to the grid, so it let me draw without thinking too much about it. I refined the sketches in CSP: 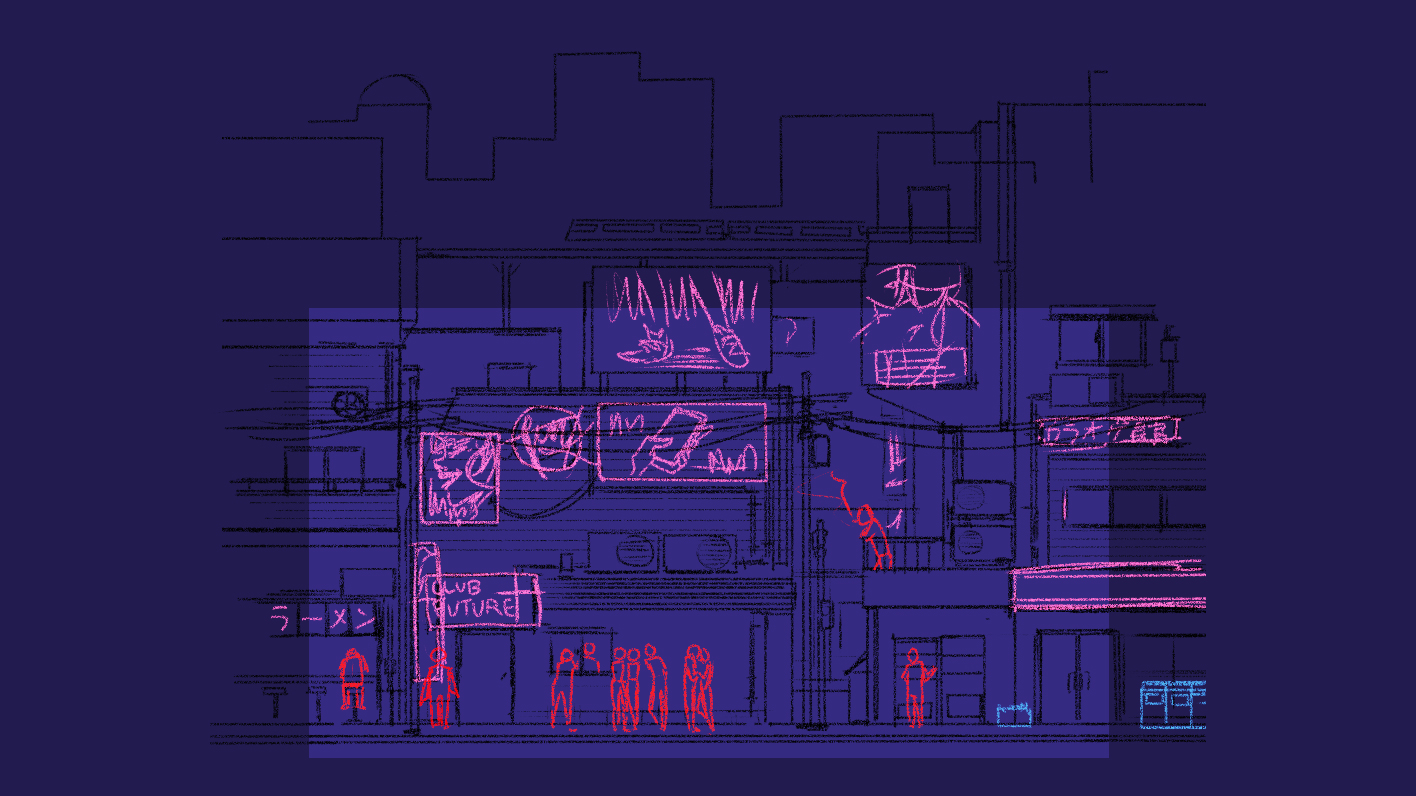 Exterior scene sketch. I wanted the camera to pan down the canvas, and the frame here indicates the intended final crop when the camera finishes moving. 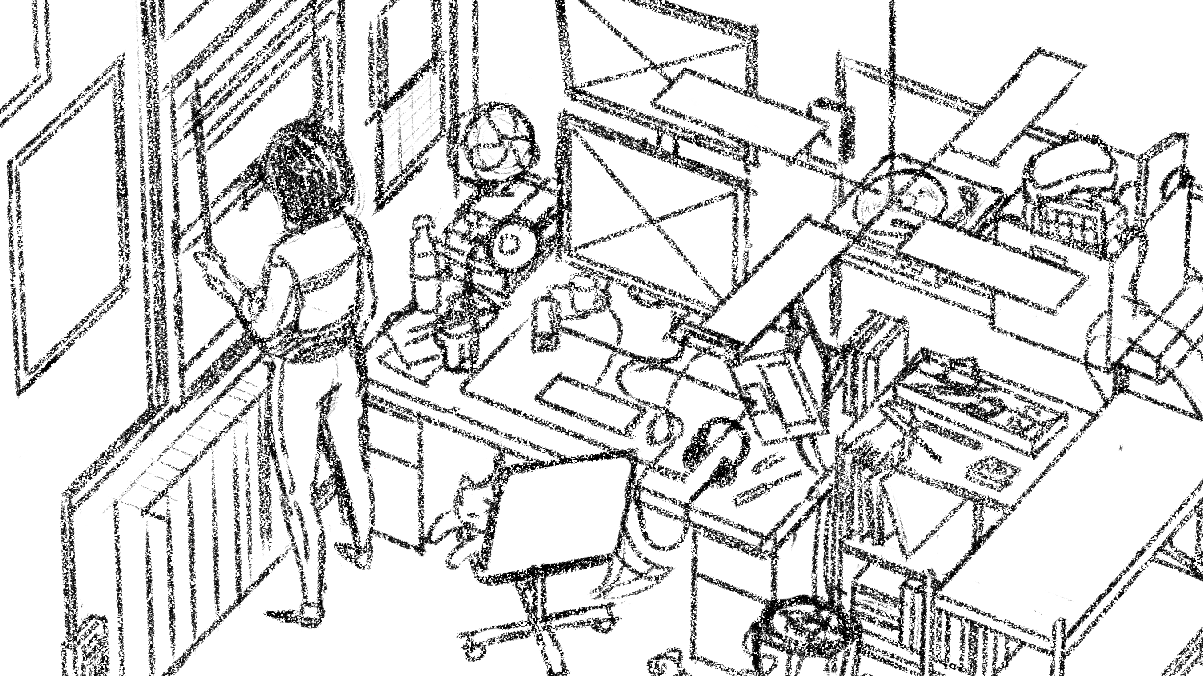 Interior scene sketch. There used to be a ceiling fan here that I couldn't draw/animate.

I animated these in Photoshop, using a mix of both timeline animation and frame by frame animation.

Each element that moves is a smart object in the main canvas.

Note: I do not recommend using Photoshop for animating anything that isn't simple. Unfortunately, I didn't (and still don't) know how to use After Effects (a much better fit for the task) so I made do with PS, but I really don't recommend it. It might have been faster and certainly would have been less frustrating if I had spent a bit of time learning AE basics ¯\_(ツ)_/¯ 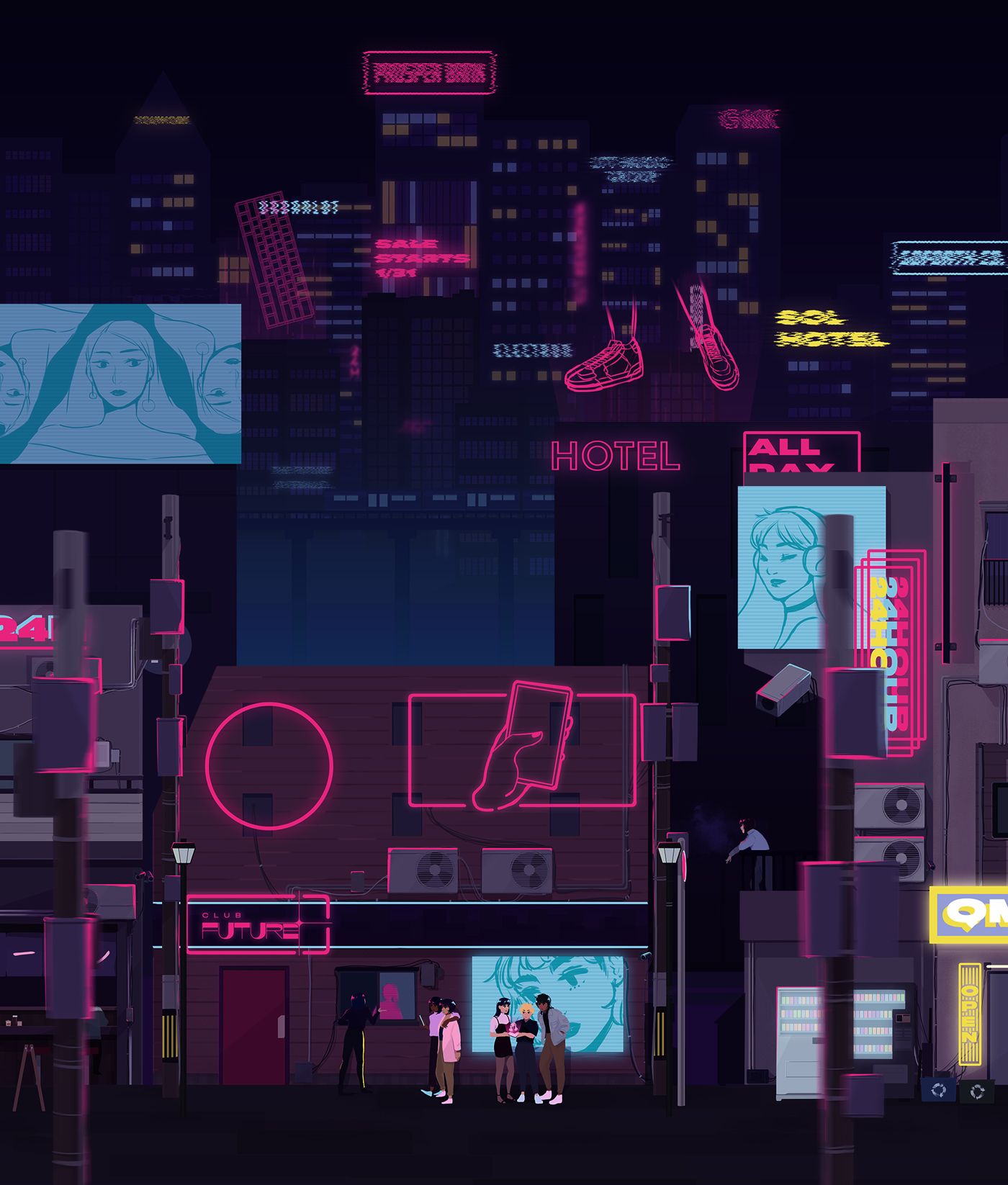 There are two things going on here: the individually moving parts (e.g. fans rotating), and the camera panning down.

There are a lot of individually moving elements:

The circular neon sign is animated by kema and timed to match the music. He also created the Club Future logo. 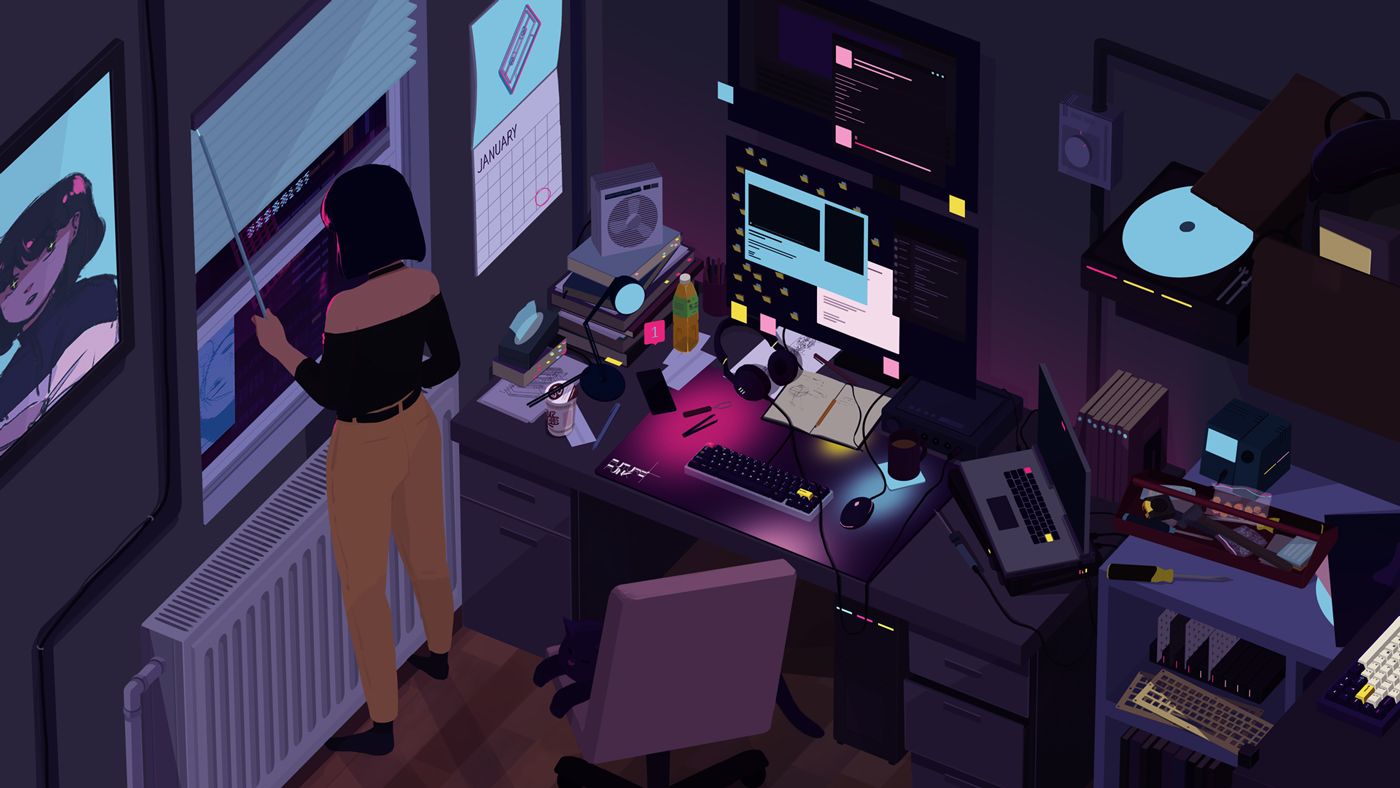 Artwork still of the interior scene.

This scene was a lot more straight-forward since there's no camera movement. The vibe here is more of infinitely looping animations, like in lo-fi music videos.

There are a few moving things here—the rotating fan, the phone notification, and the scrolling chat window on the monitor. I also tried to put fun keyboard-related details on the desk. There are a couple of keyboard diagrams, a switch puller and keycap puller, and the deskmat is kema's actual deskmat he designed for this set.

The calendar has the date at the end of the month circled, which refers to the keyset's January 31st sale date.

I drew each frame of the cat's tail moving, and looped it together. This kind of animation wasn't too bad since it was only a handful of frames to draw. 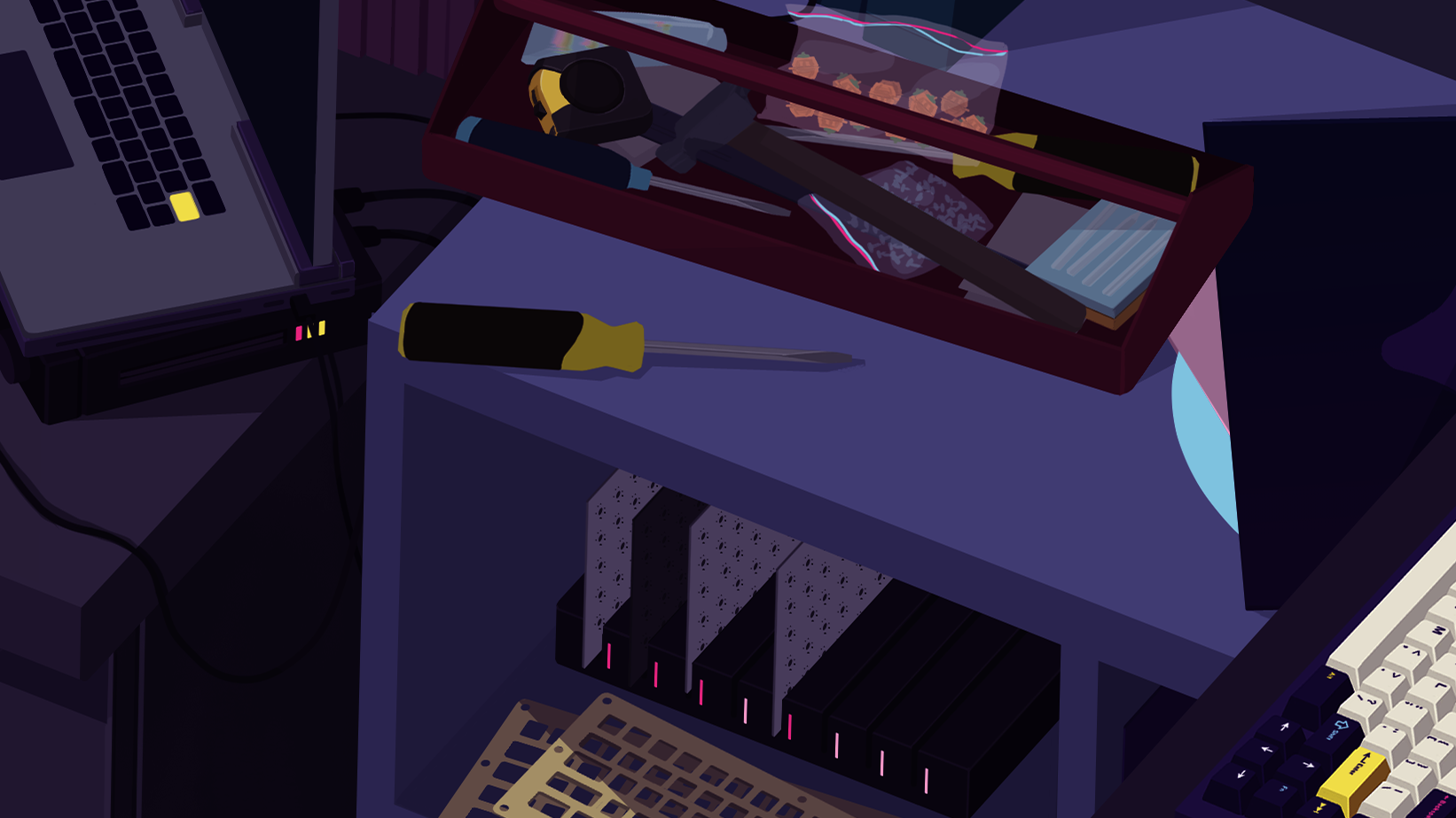 Nothing's moving here. I just like all the little details: switches in the toolbox, the line of PCBs and the plates, half of a vinyl disc, and my painstakingly drawn keyboard that you can barely notice.

kema put the video together with the music by ミカヅキBIGWAVE, and designed the title card. We yeeted it onto YouTube.

I turned the interior scene into a deskmat! It's called Future Space and is a 900mm x 400mm deskmat that serves as a lovely frame for your keyboard and mouse. You can buy it on TheKey.Company → 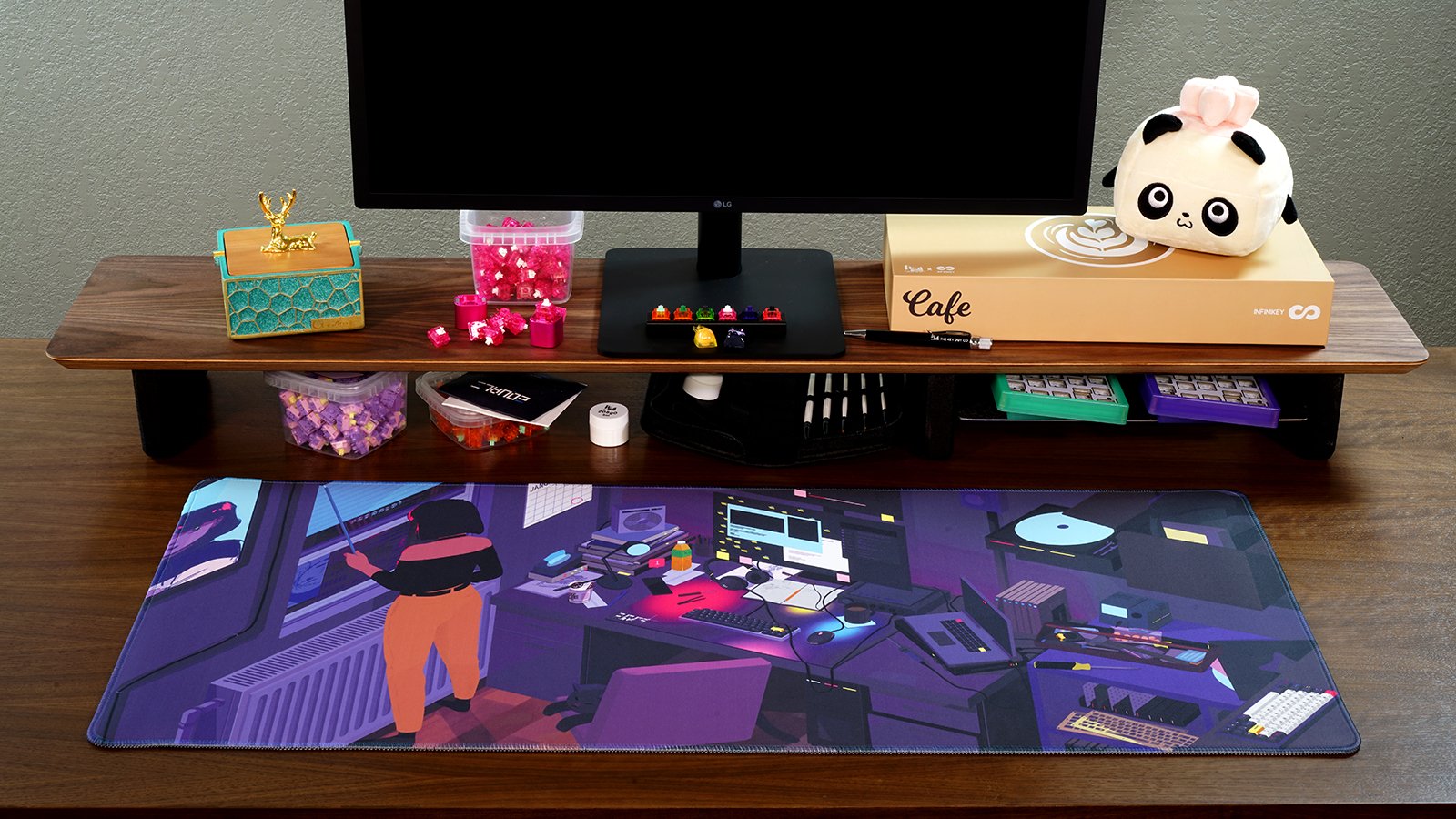 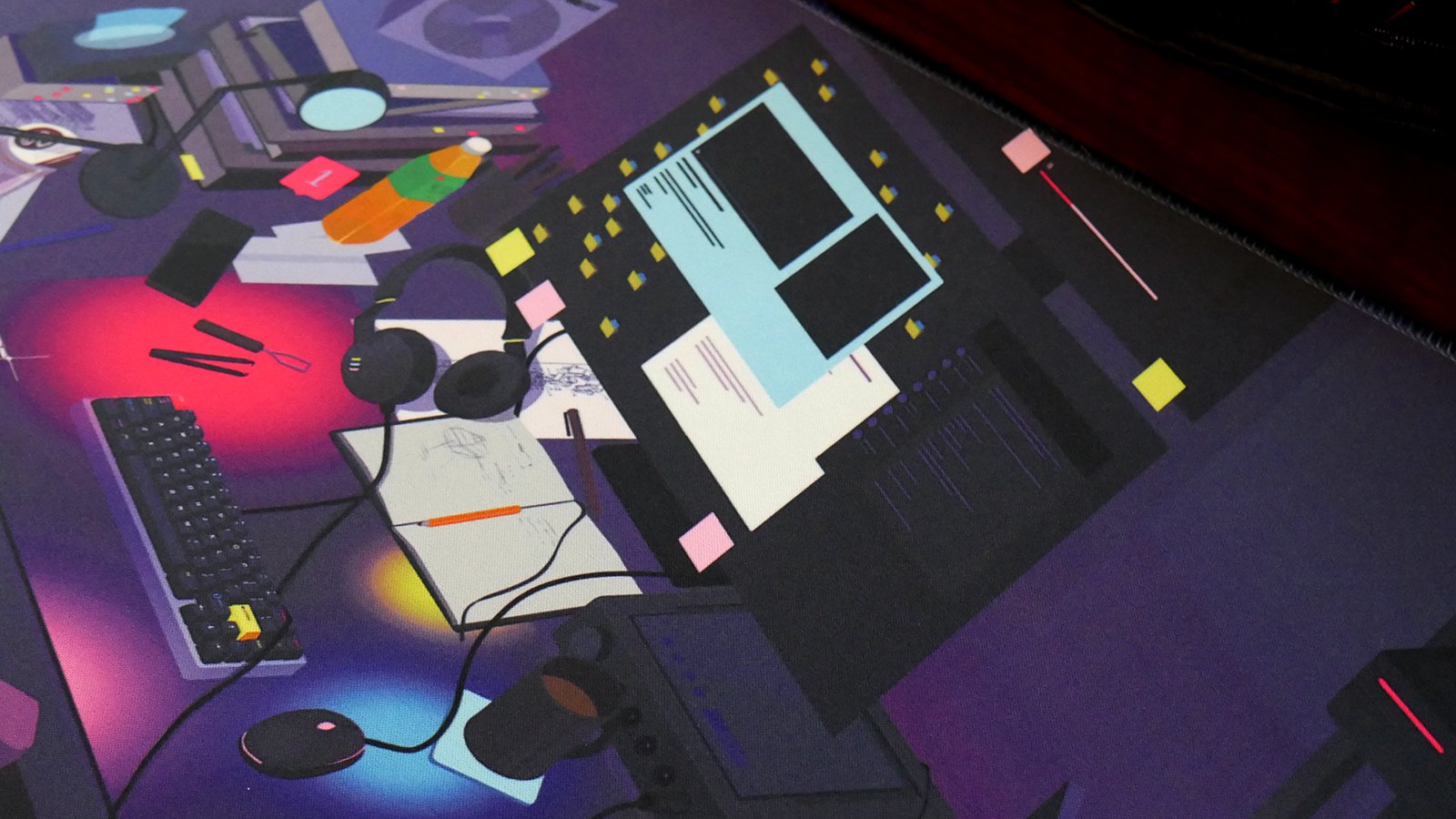