I drew this to accompany a landing page. It's based on the indie game Hyper Light Drifter, which is known for its atmospheric pixel artwork. It's pictured above at a x3 magnification, but I think it looks best at its original size of 300px ✨

The inspiration behind this is based on one of the regions in the game: the eastern zone, which is filled with vibrant water and green foliage. In-game screenshots (sorry about the dead enemy bodies) ⤵ 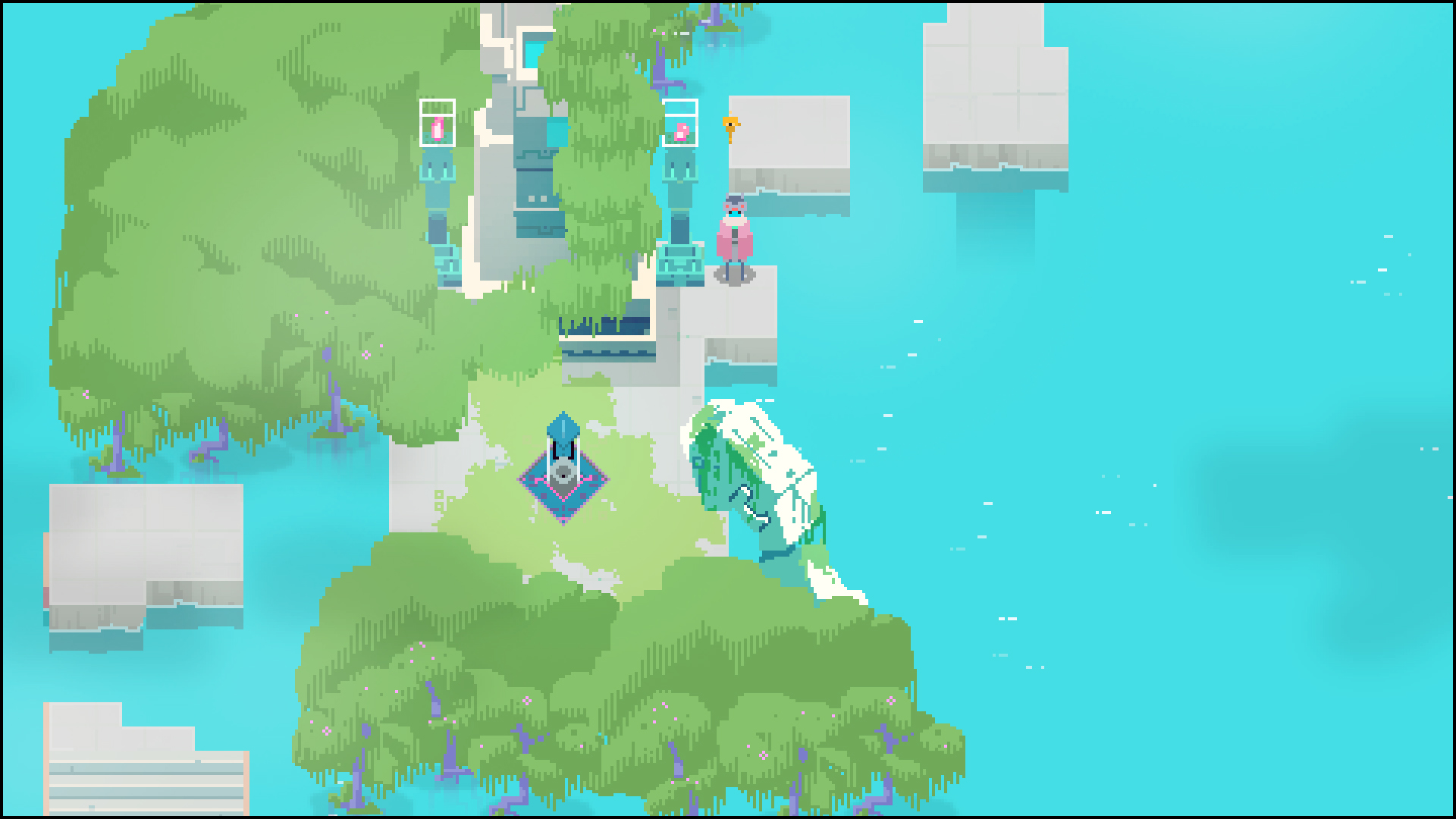 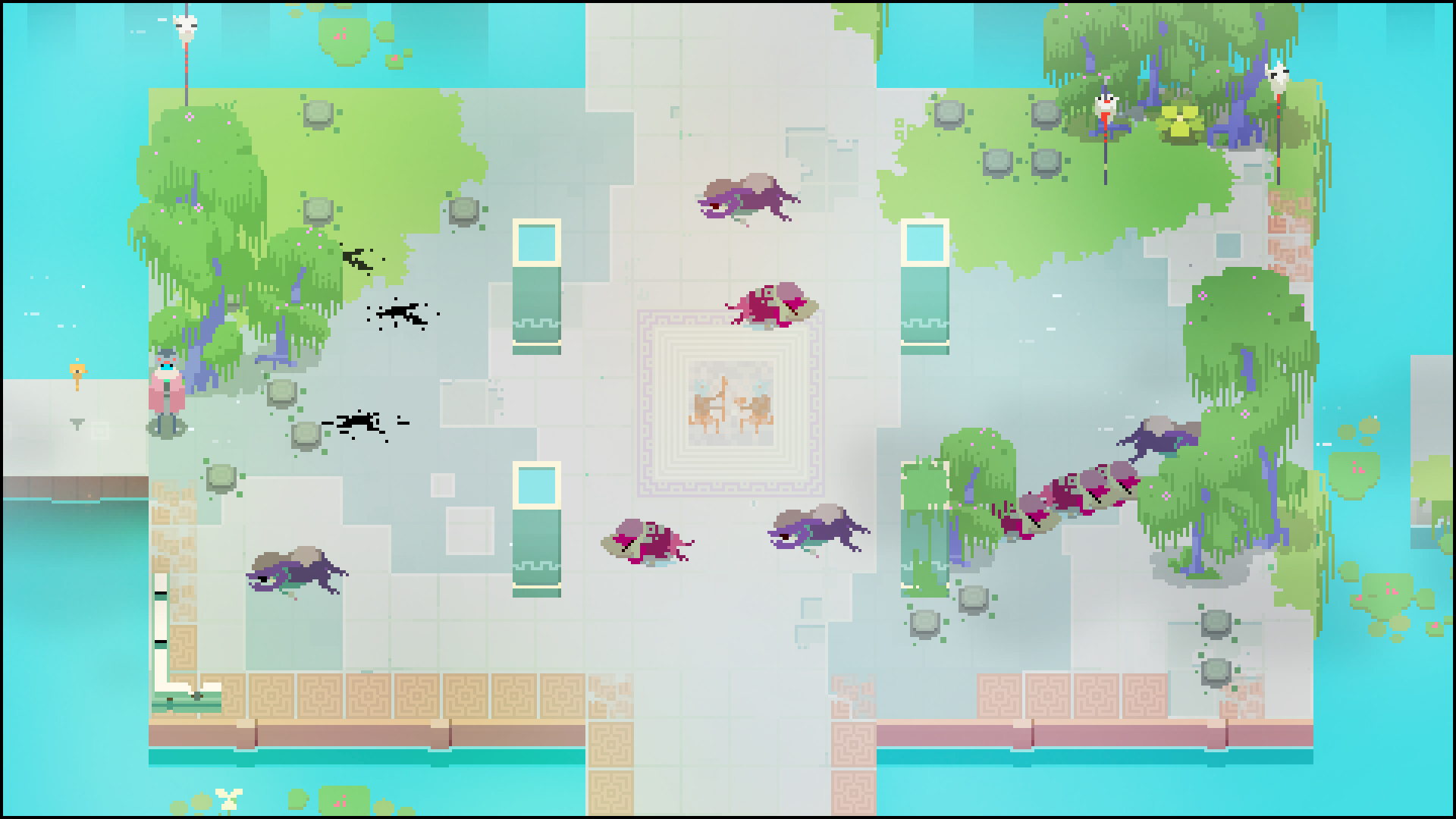 Given the water themes of this region, I went with a “keycaps floating in water” concept. I didn't have time to animate the image above, but I did make a smaller spot illustration with animated water:

An early concept I tried was the idea of water rising to cover the keycaps, but this proved to be too labourious to animate, so I eventually settled on the water gently rising and falling.

And a couple of miscellaneous drawings:

This was my first serious pixel art attempt. The forum post The Pixel Art Tutorial was very helpful in teaching the fundamentals. My lineless style and relative lack of detail meant I didn't have to pay close attention to my edges, so my technique was still pretty close to how I normally draw.

This was a fun project and now I feel comfortable drawing little pixel spots (as seen around this site).